I bought the Staple Dress pattern from M is for Make a couple of months ago, and thought it would work really well with a reversible gauze I bought a couple of years ago. I couldn’t really think of a pattern that would make the most of both sides until I came across this one. As you can see, the reverse fabric shows through because of the dipped hem so I thought it made an interesting contrast. 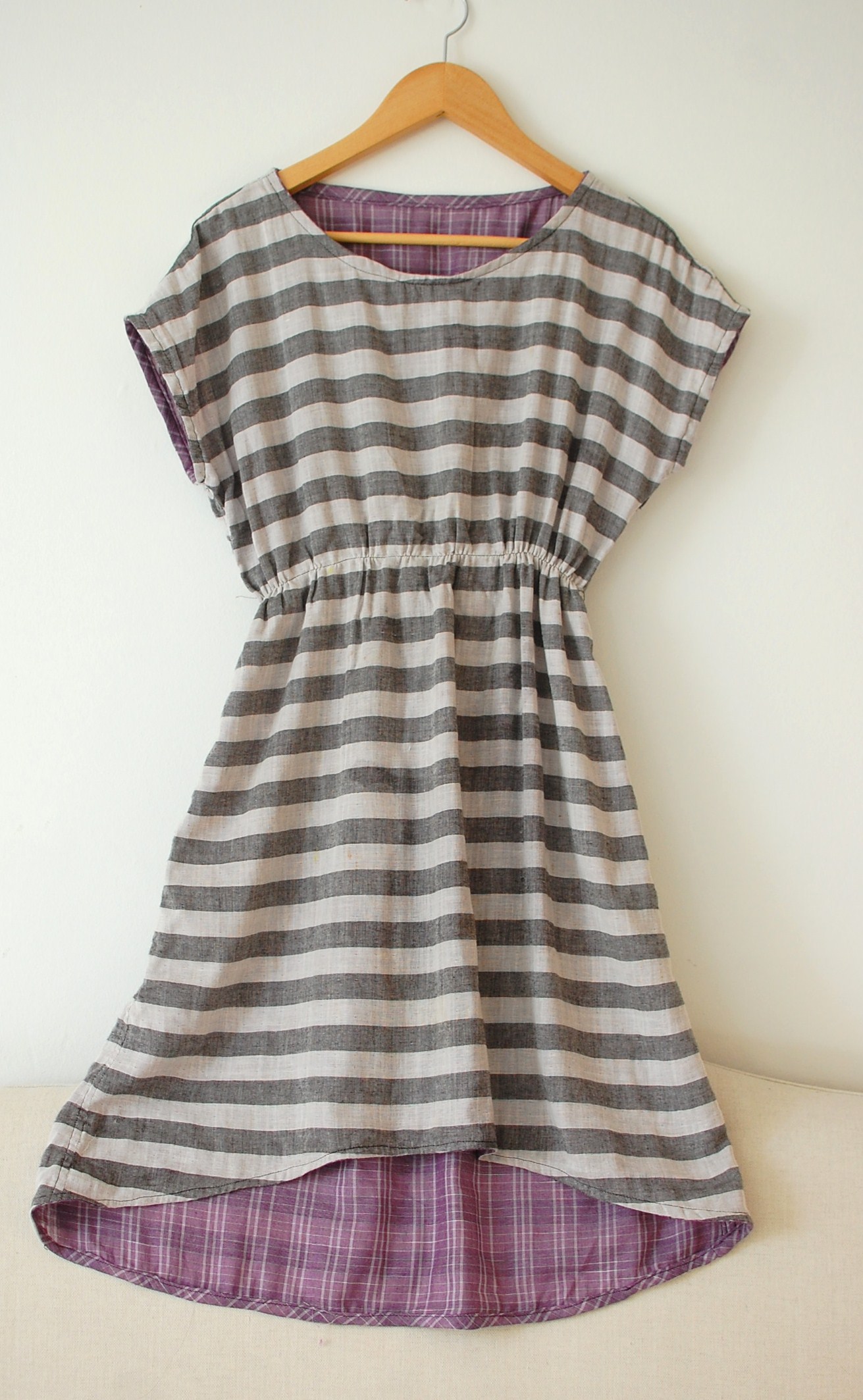 This is the ‘wrong side’ of the fabric, but I wear it just as much this way round. Sorry about the wonky photo! 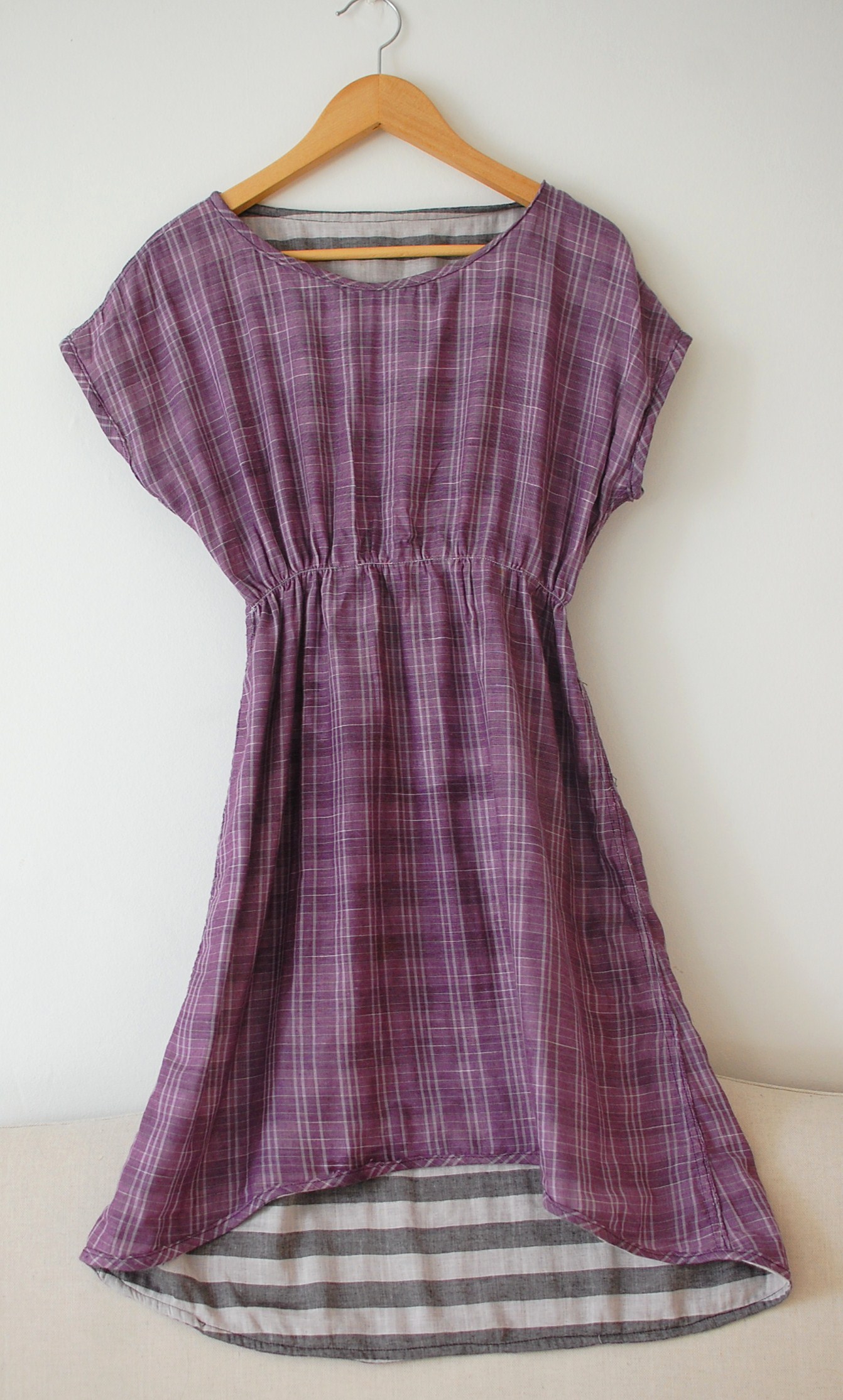 This is the best photo I could get of me wearing it! Unfortunately there is never anyone on hand to take a picture for me.

I do like having pockets, and actually made the whole dress with pockets initially, which meant that it was not reversible. I had a change of heart so had to rip out all my sewing and overlocking, and started again! The second time, I used French seams on both sides, which provided a neat seam on both sides. For the bottom of the skirt, I cut a separate piece of fabric on the bias and sewed it all around the edge (same technique as for the neck and arm holes). Unfortunately my sewing machine was not working well and the fabric kept pulling – I only thought to change the needle after I had nearly finished, and the tip was broken! I did one row of shirring as I don’t like things too tight around my waist. 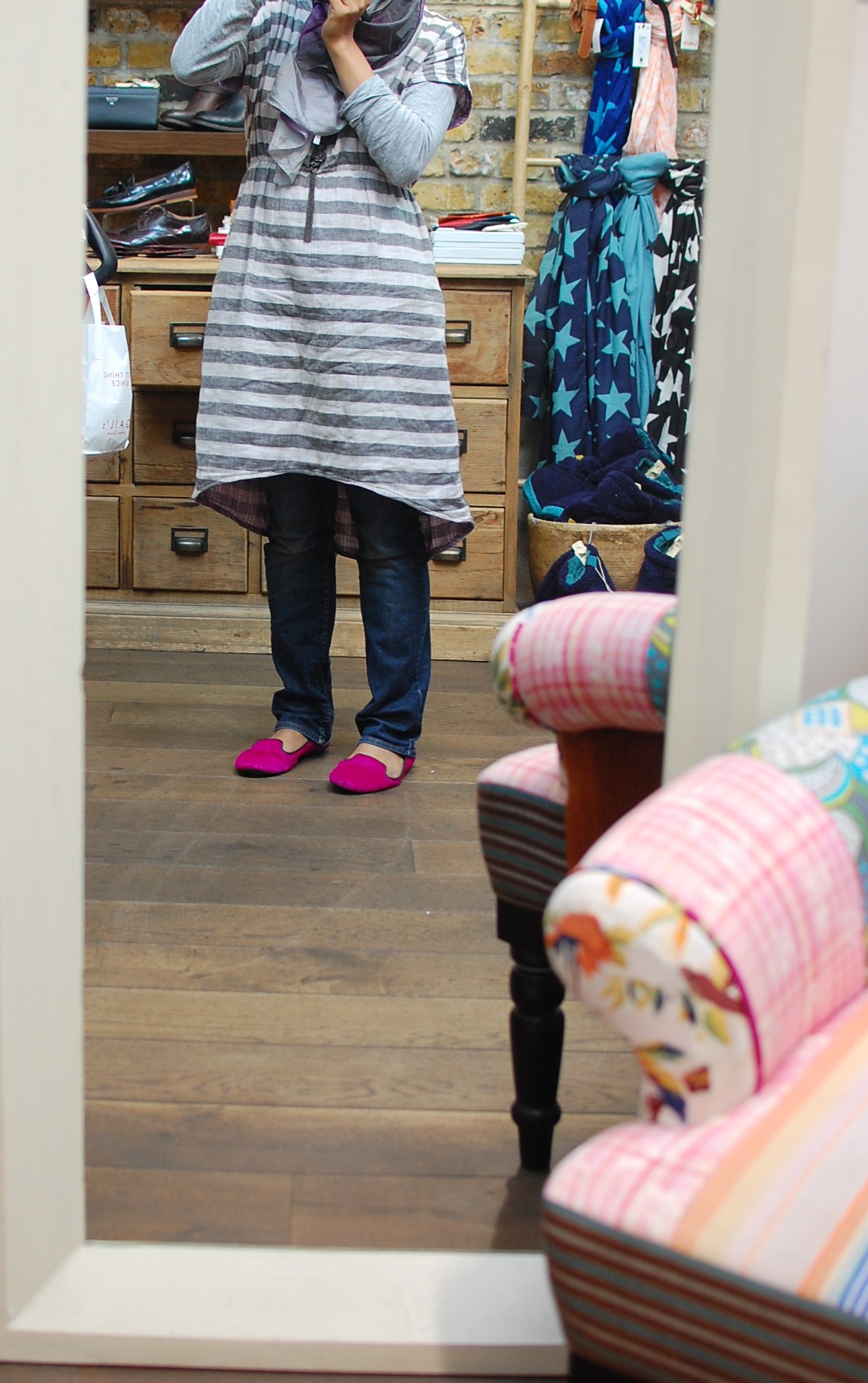 I wore my new dress on an outing to Dulwich (to buy Annie Sloan chalk paint, more on that later!). The photo above was taken in Ed on North Cross Road, and we finished with a latte and raspberry financier at Gail’s. 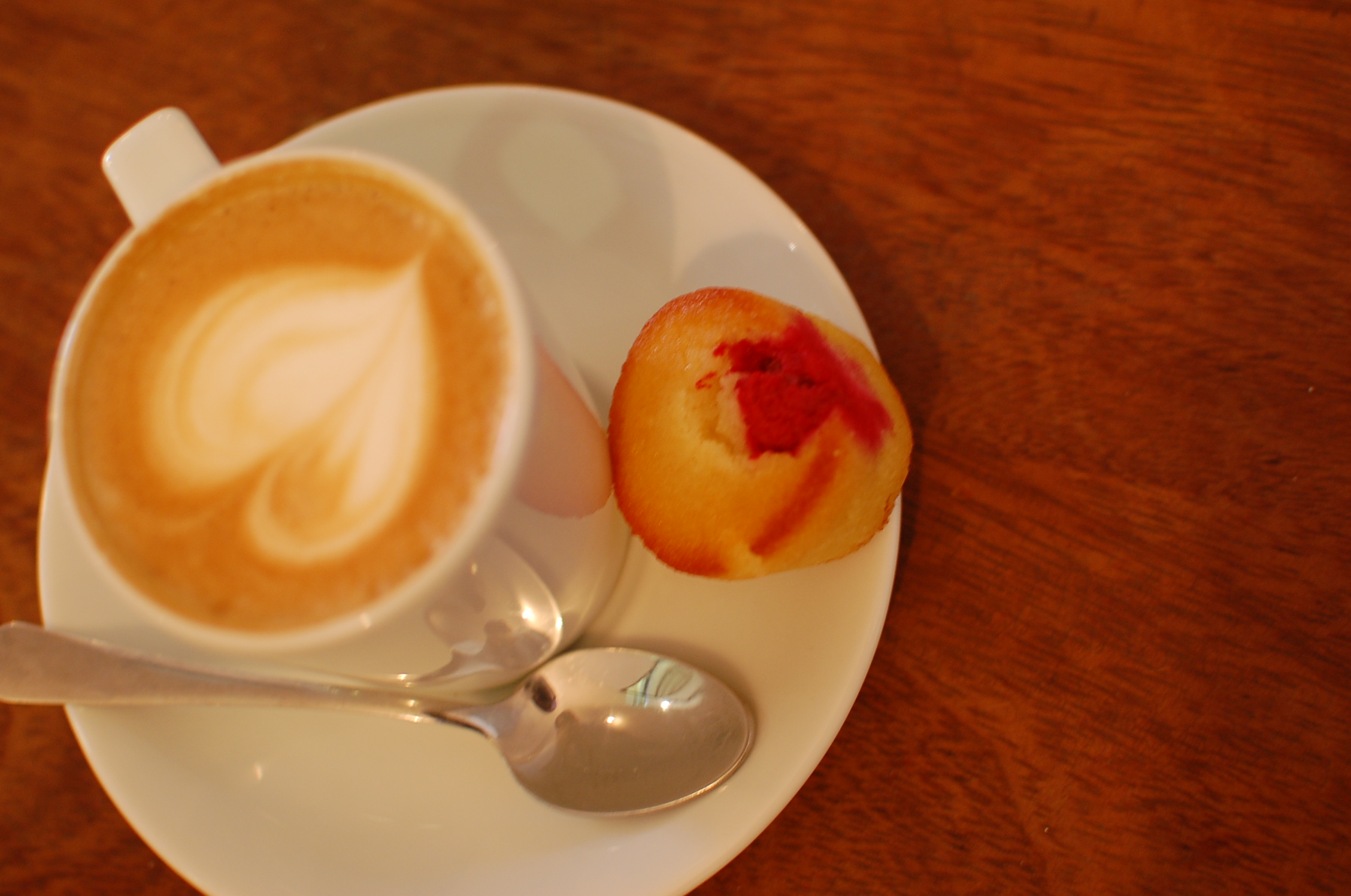