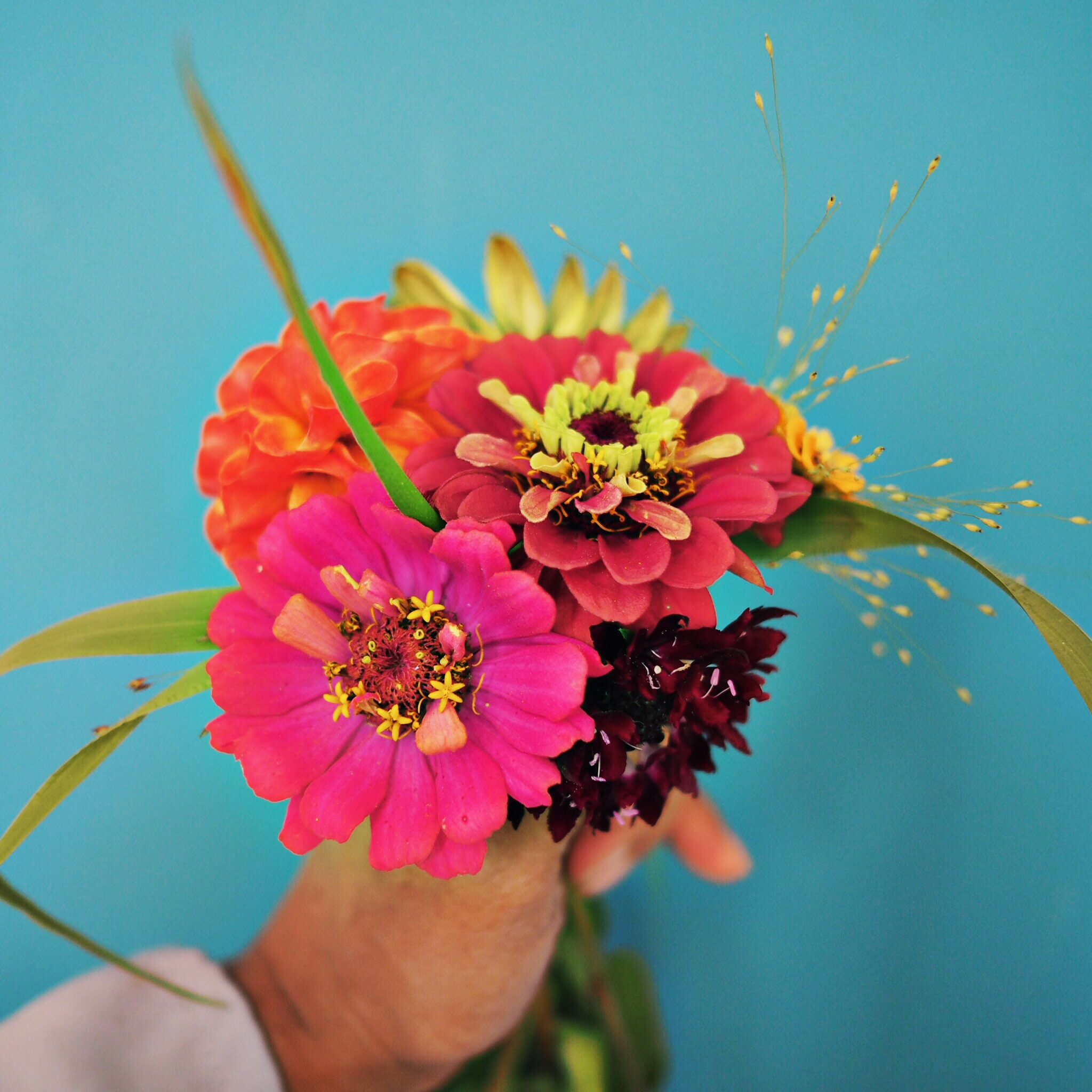 I decided to share a round up of my garden flowers this year, as I’ve really enjoyed growing them and using them in flower arrangements. There are lots of pictures in this post! 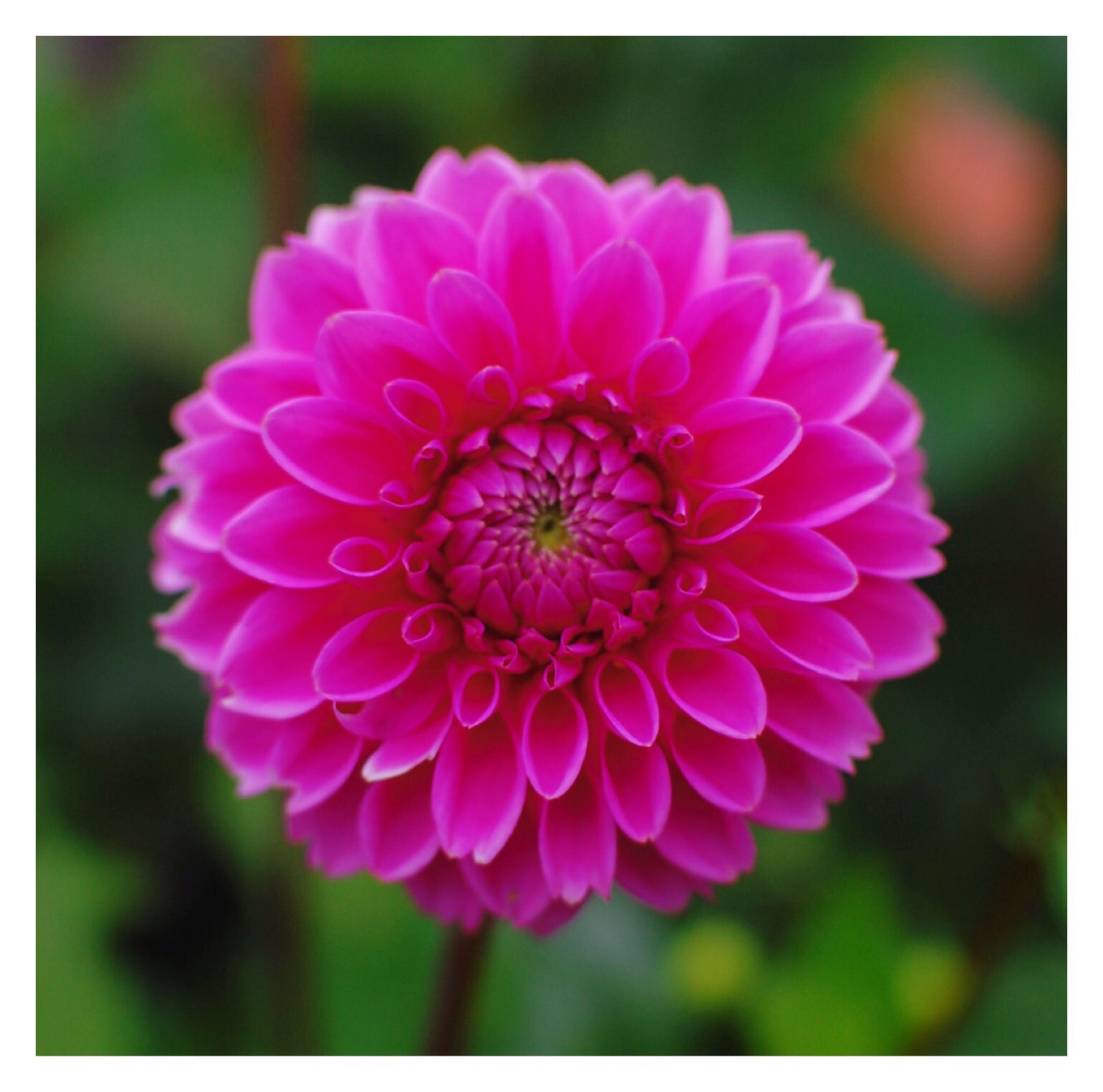 This year I grew quite a wide selection of flowers as I wanted to use them as cut flowers for the house as well as fill up a large empty border in our new garden. 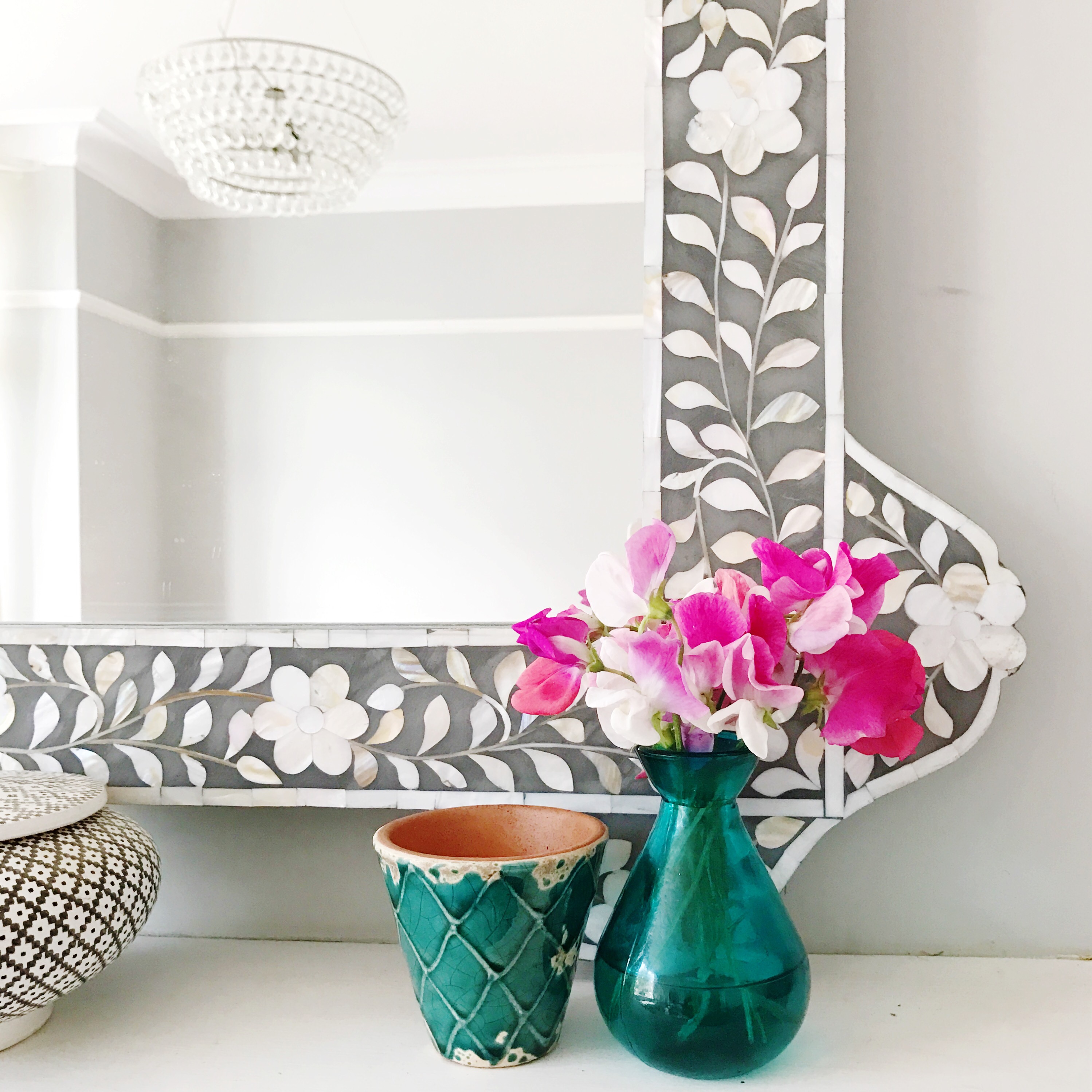 First up sweetpeas. I didn’t plant these early enough so ended up buying some plug plants from the garden centre. They did fairly well at first but then the support fell down in strong winds! I enjoyed them while they lasted. 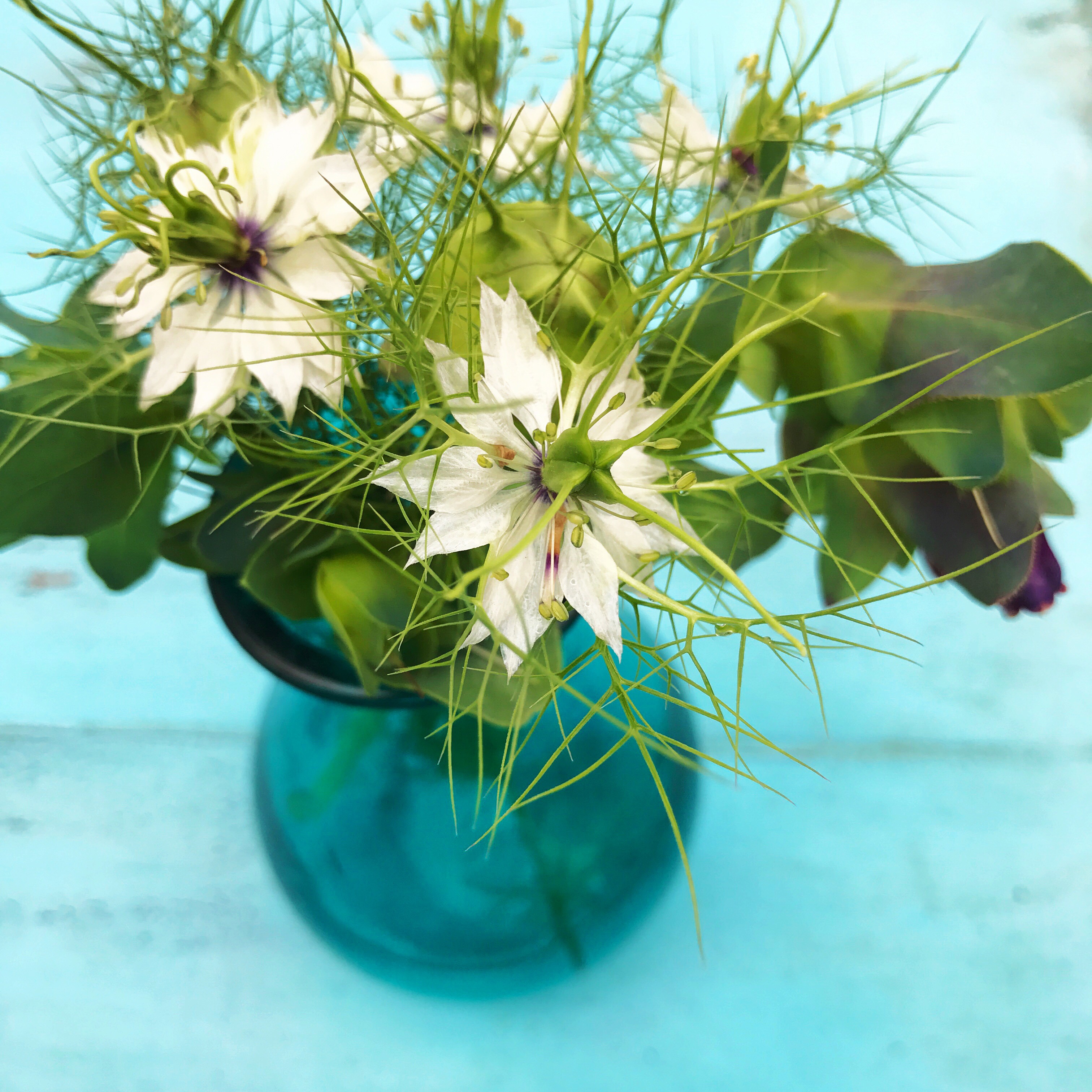 I found lots of Nigella in the allotment and decided to plant some directly into the soil in the garden, as well as Cerinthe and California poppies. All the flowers came up to my surprise, as I haven’t had much success with direct sowing in the past. 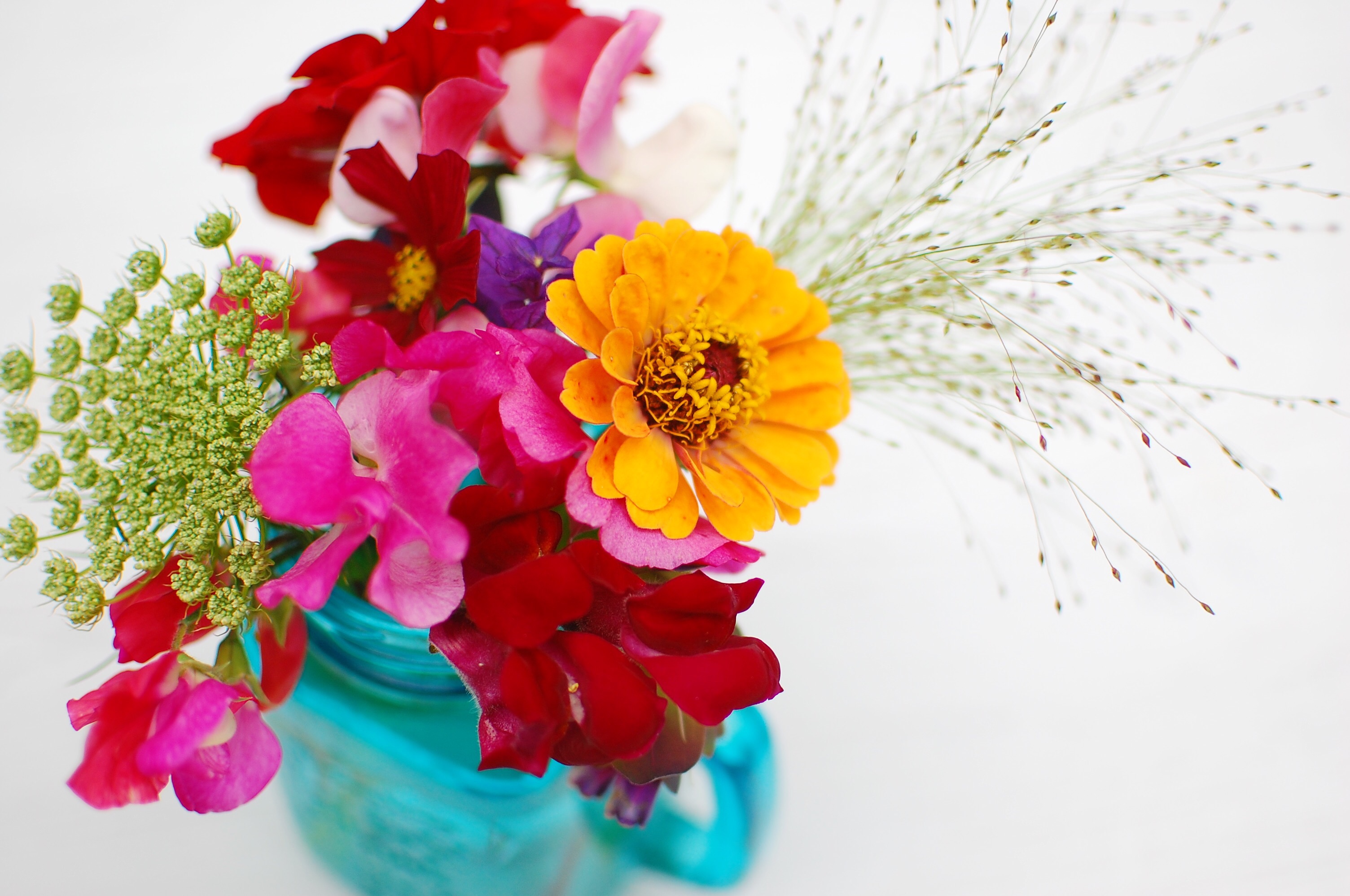 The majority of the flowers were actually grown in module trays and planted outside after first frosts. The ammi visnaga was one of my favourite plants for foliage as well as the frosted explosion grass on the right. 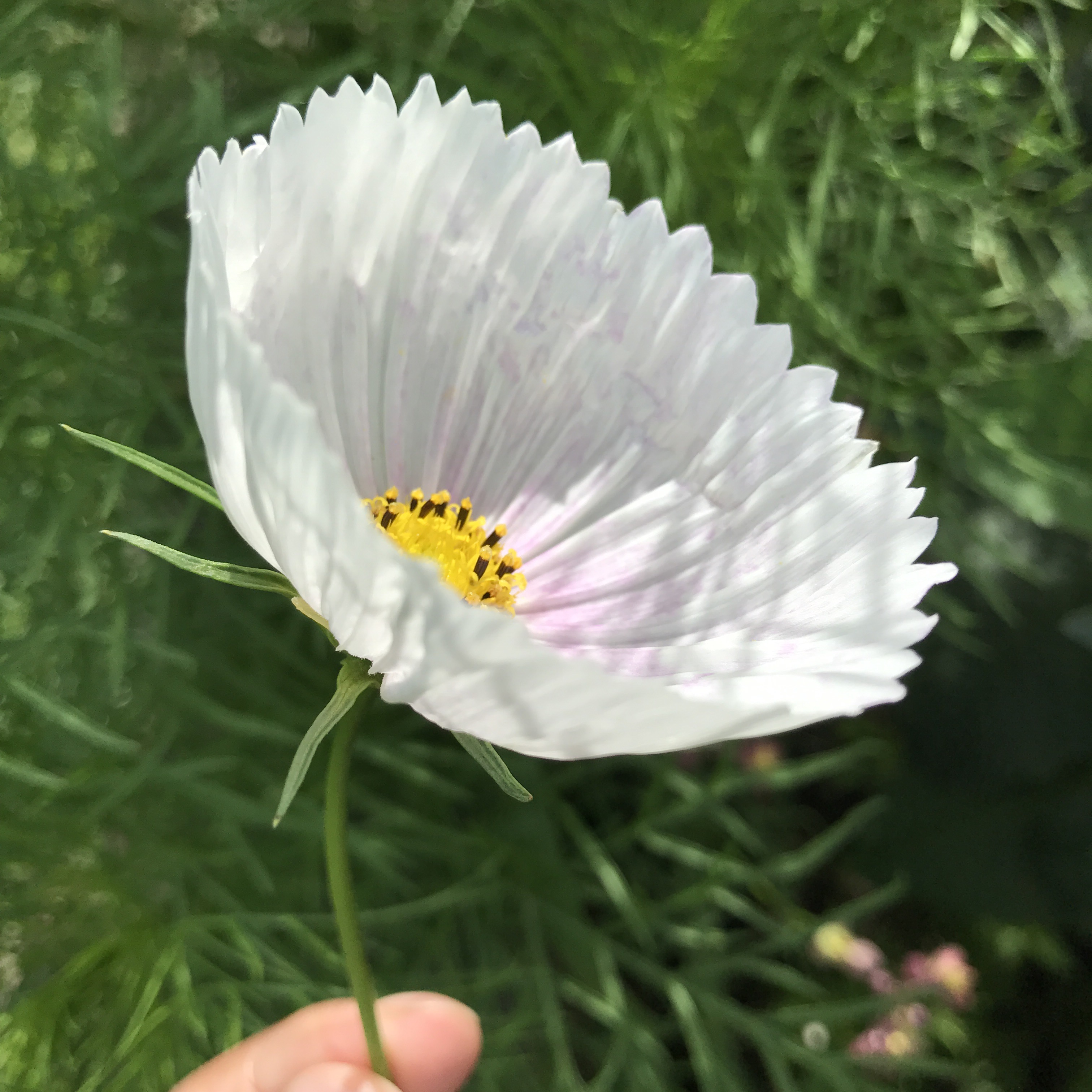 This is cosmos ‘cupcakes’. I love the perfect bowl shape and frilly edge, so pretty. I couldn’t get these to last well in a vase but they are lovely in the garden. Any tips on keeping them alive once cut would be appreciated! 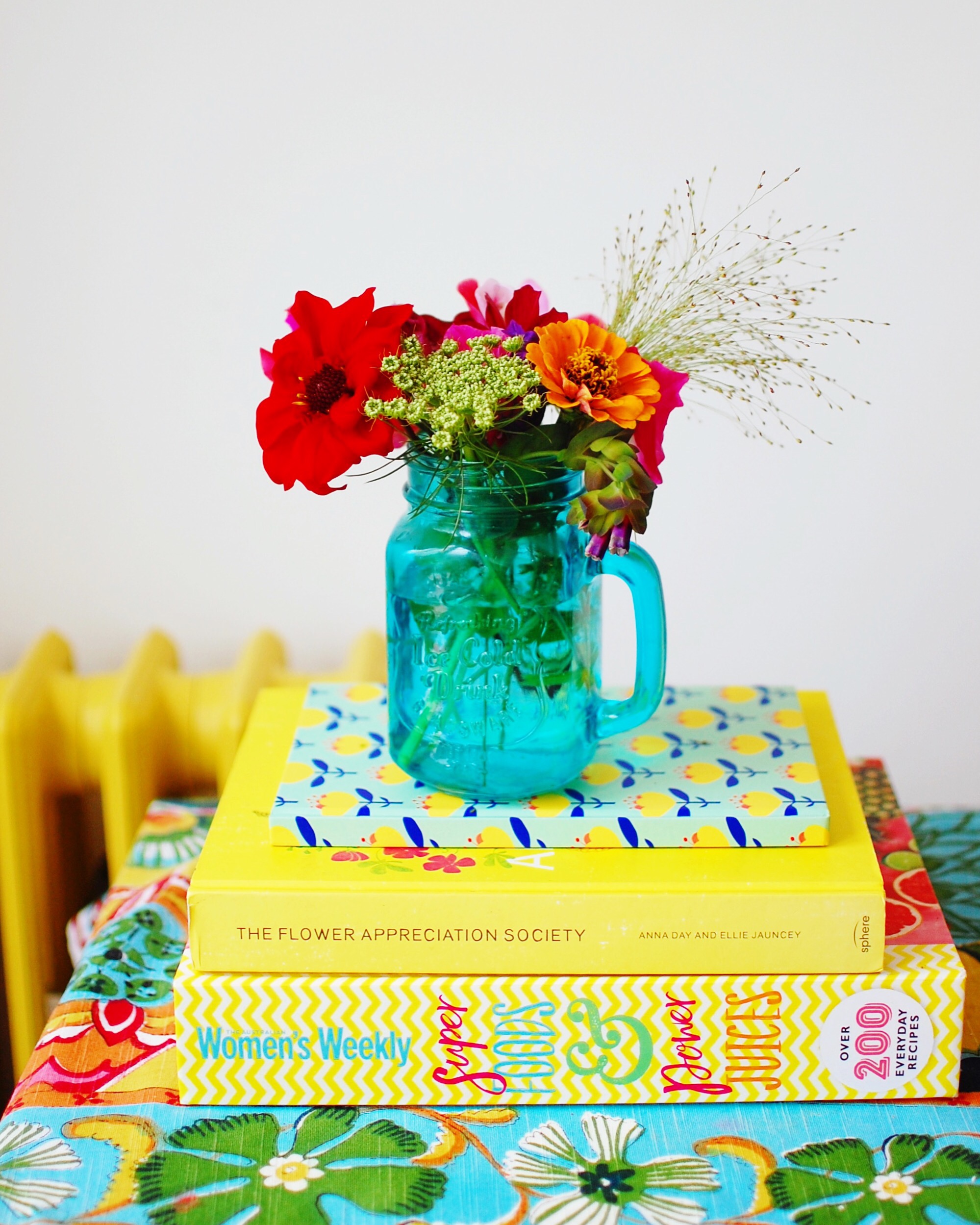 I went overboard with the sunflower vanilla ice. They are about 8 ft tall and produced masses of flowers, and i think there are at least four plants! I got a little bit fed up of them after a while and will try another variety next year. I might plant one Vanilla Ice but not much more. 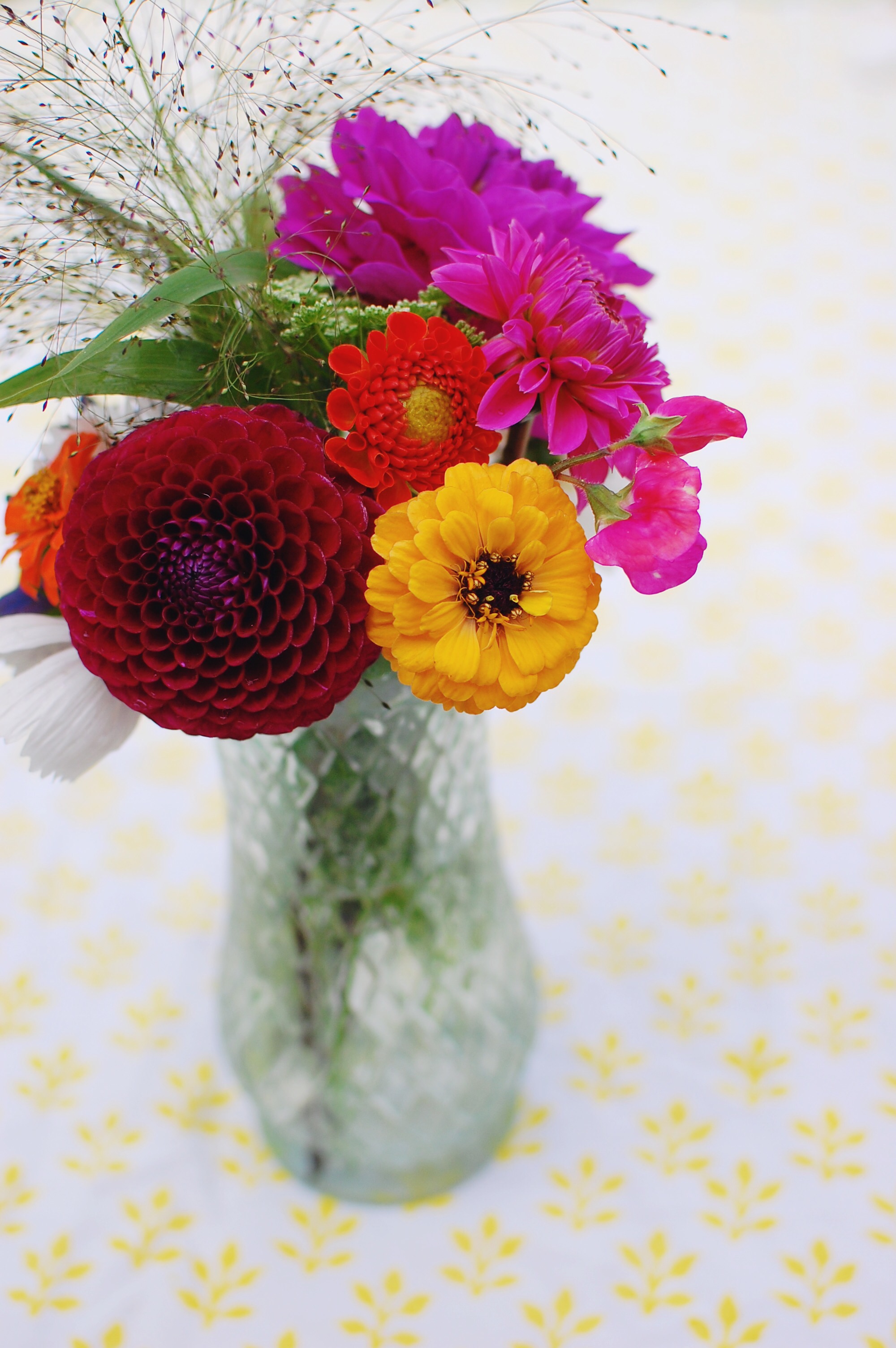 This vase is a combination of dahlias with annuals. I grew pink dahlias as well as red and darker colours, however the pink ones thrived and the others didn’t do as well! 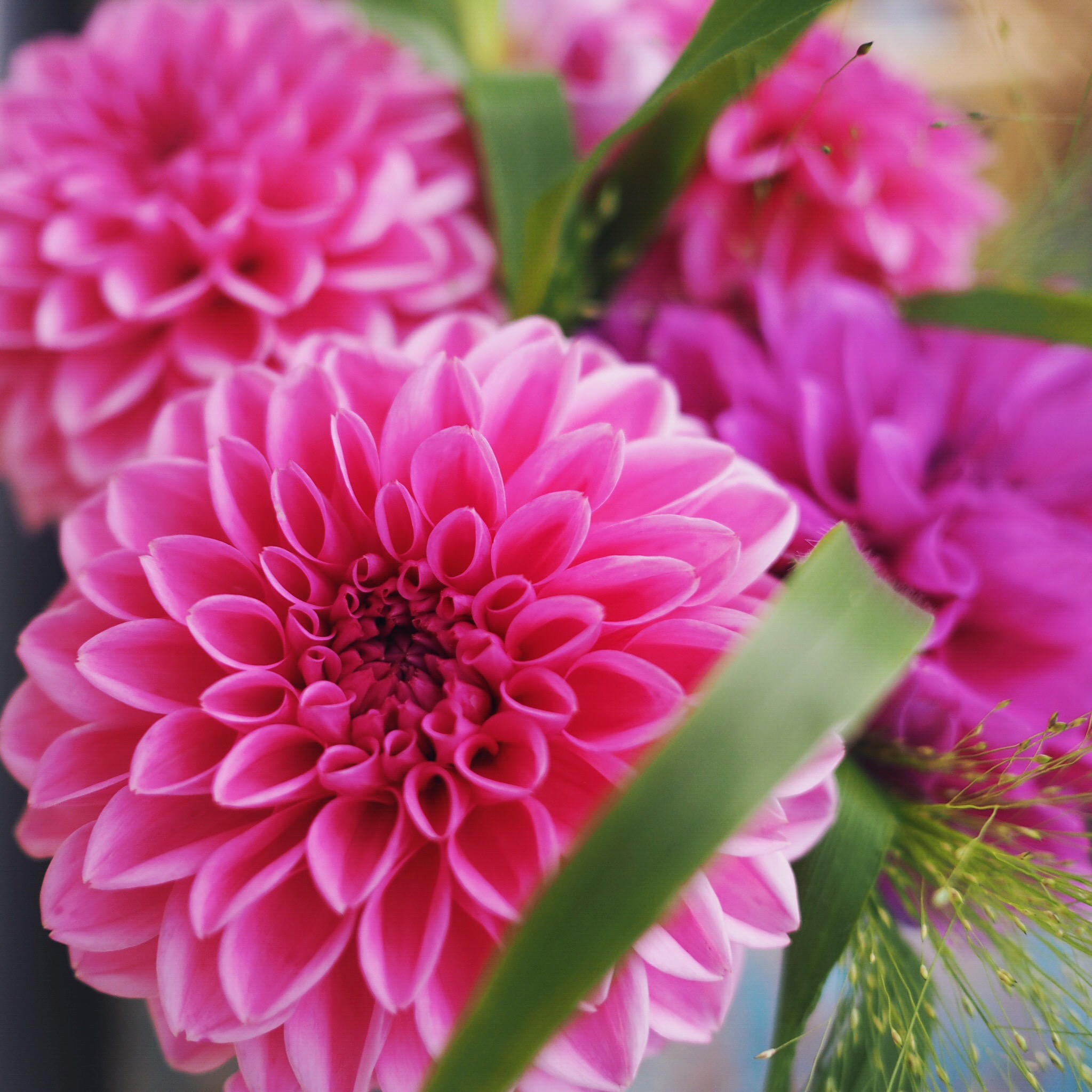 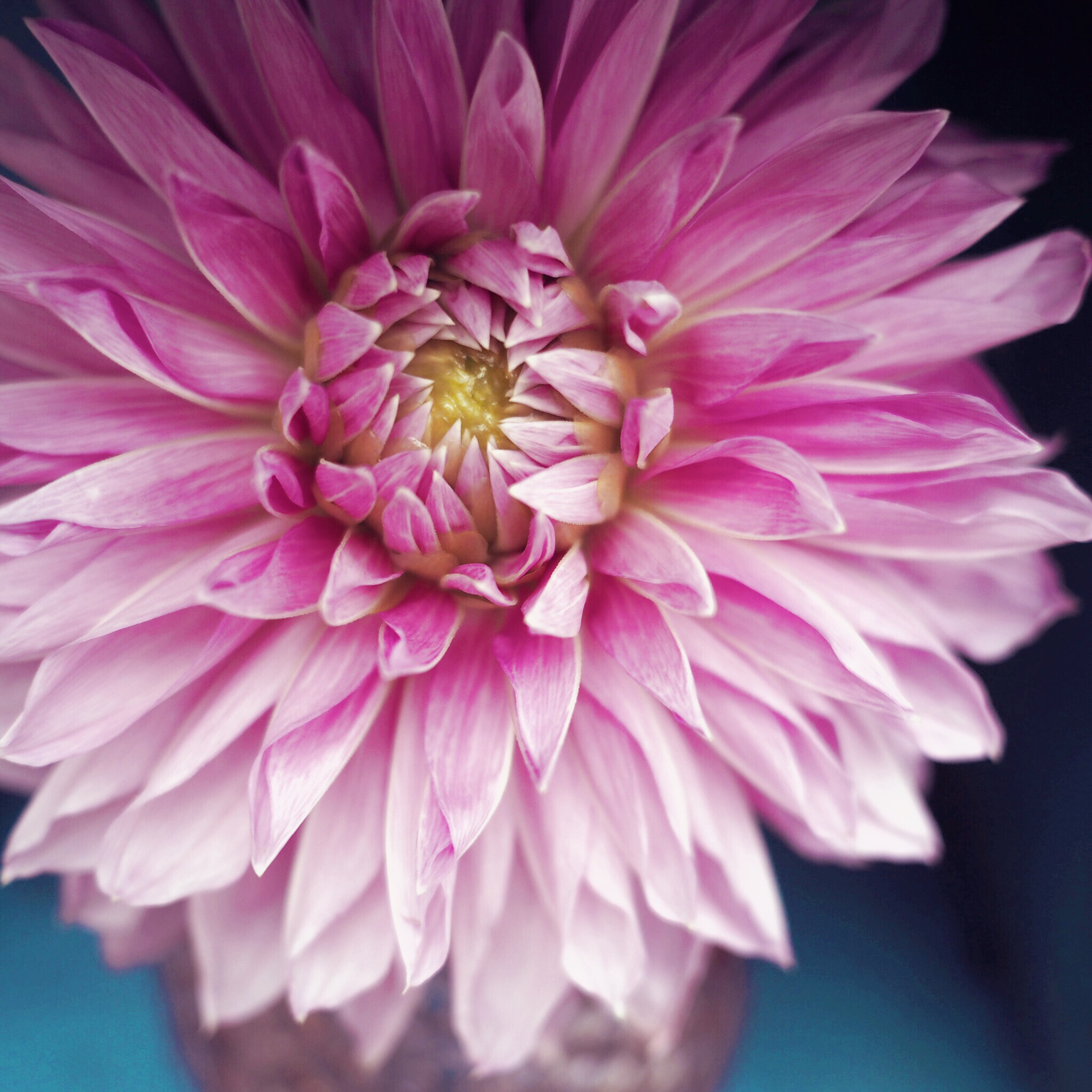 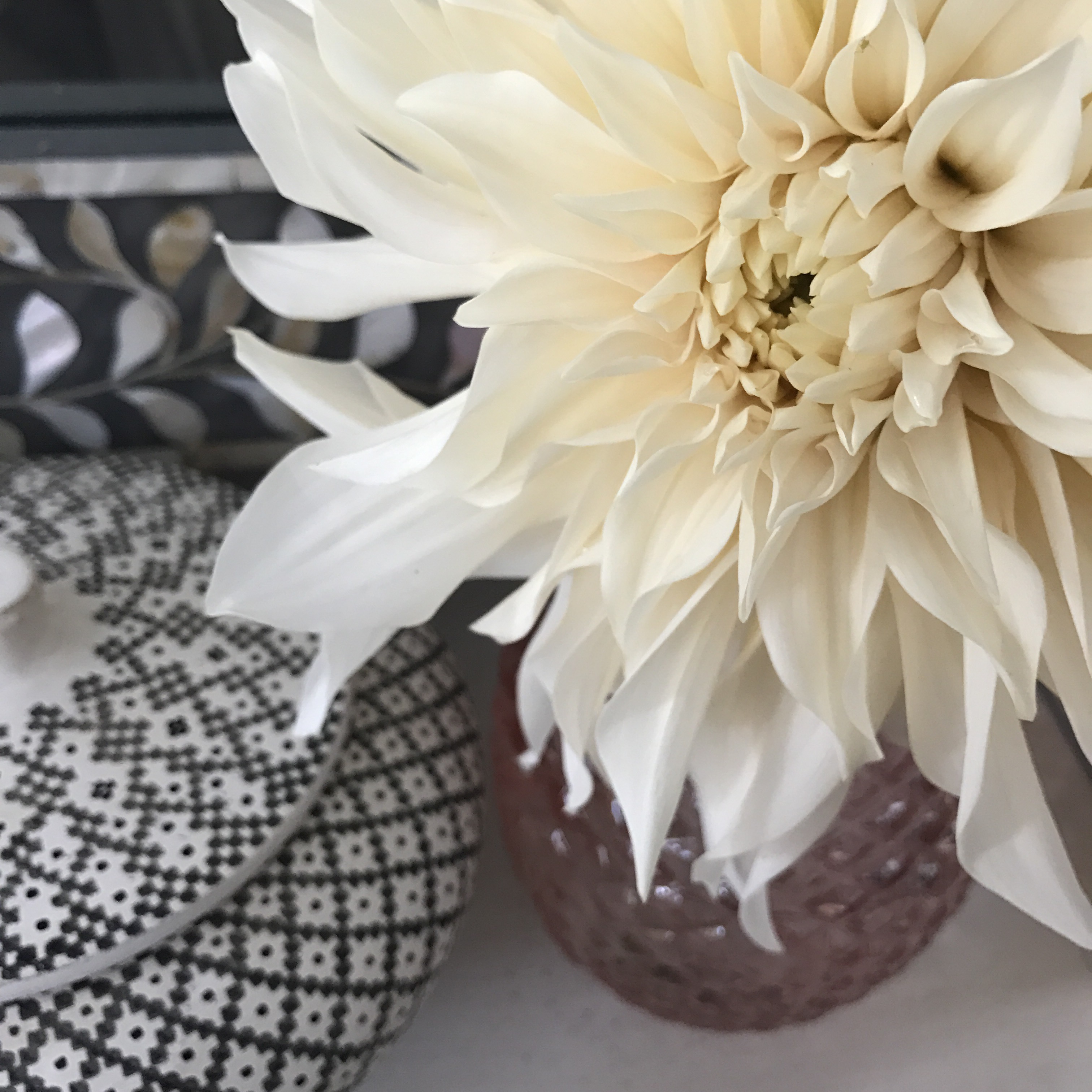 I did manage to grow one pale dahlia, this stunning cafe au lait flower. It only produced three flowers though. 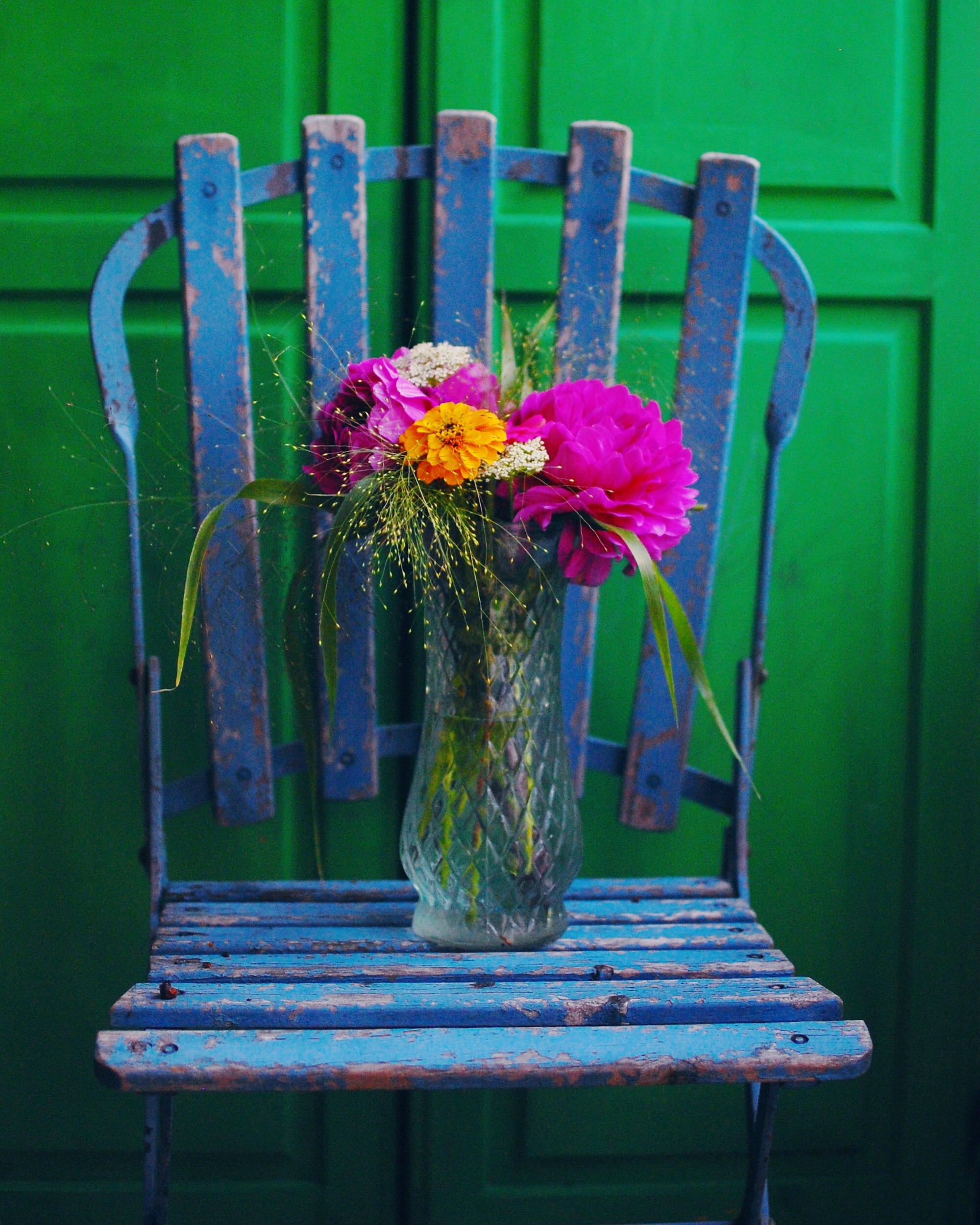 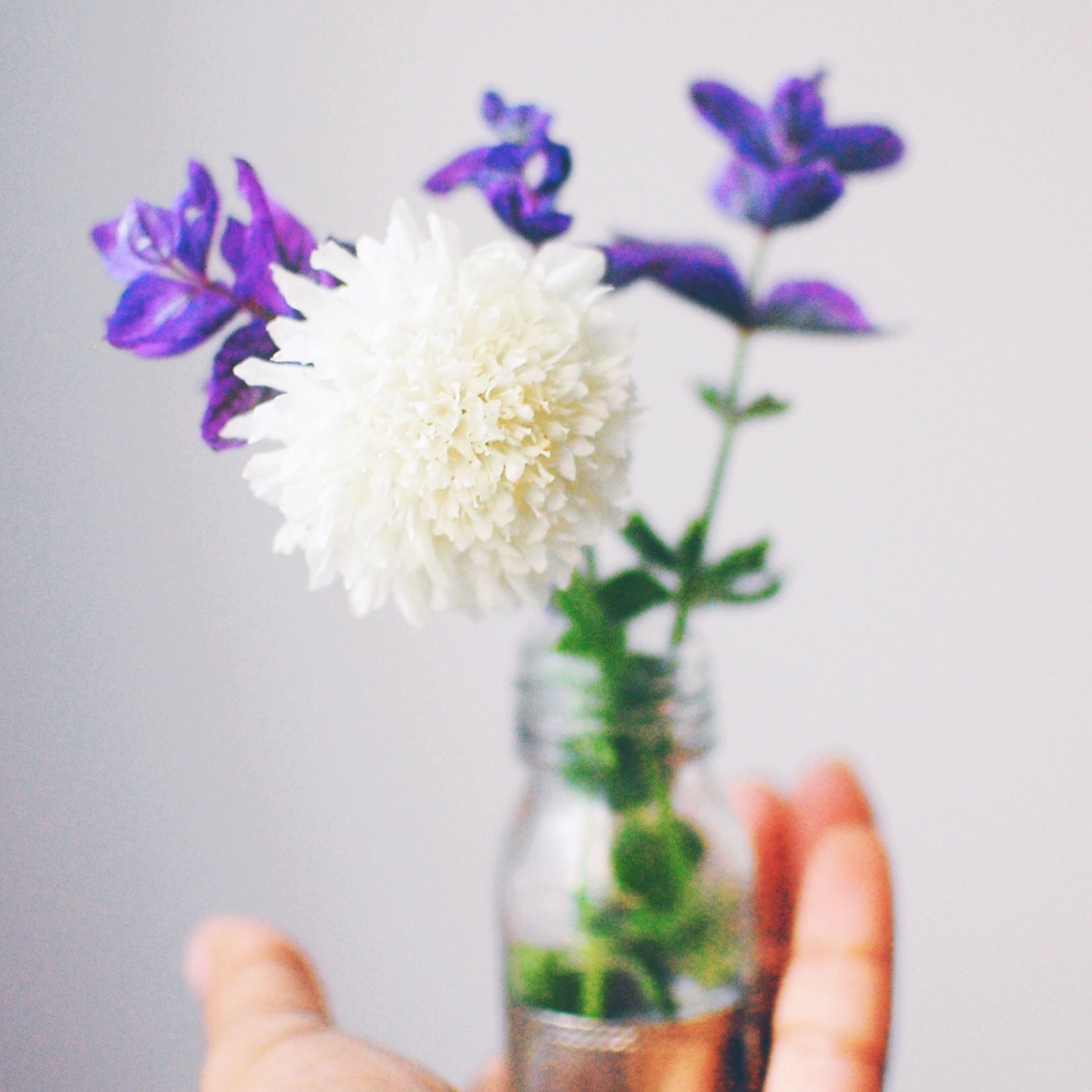 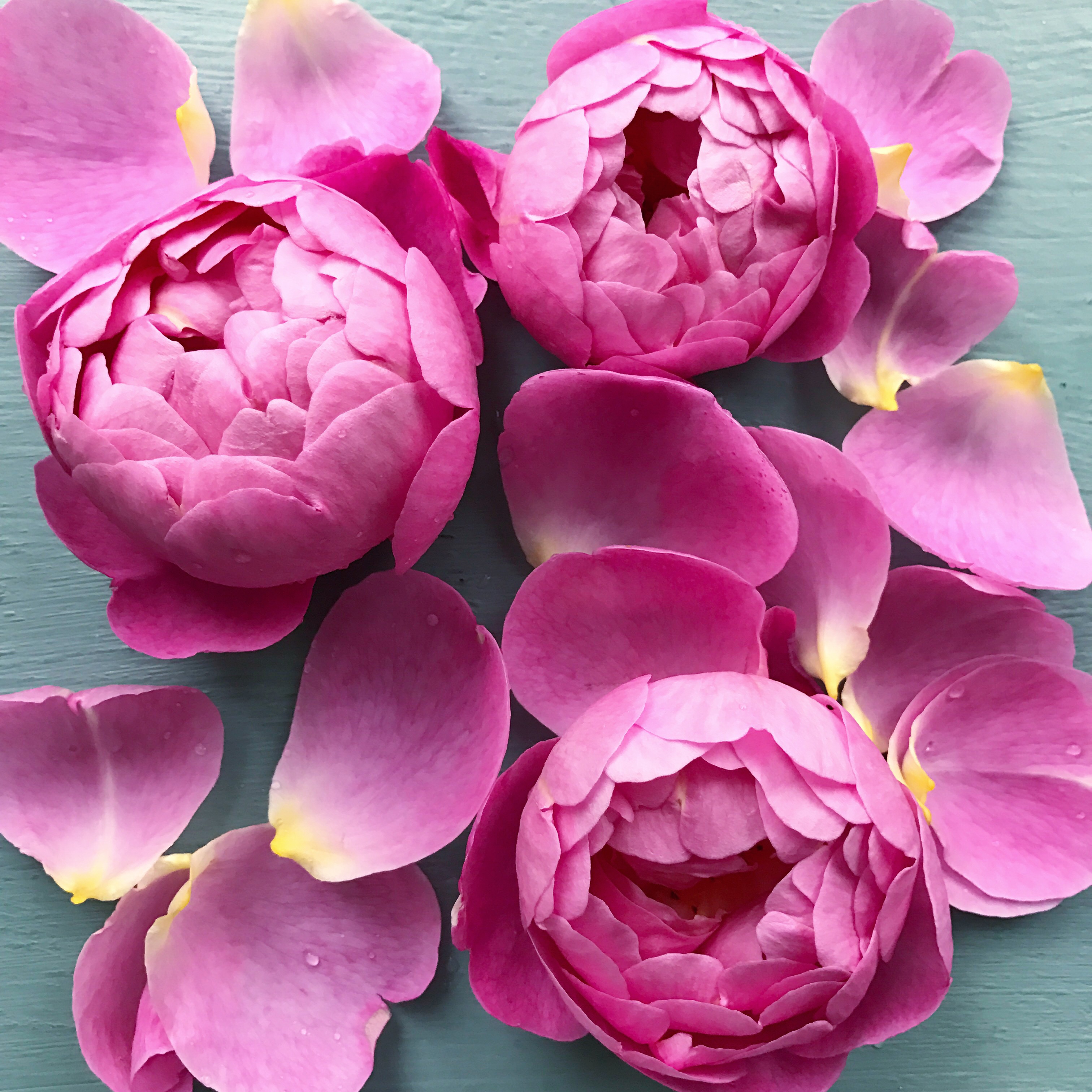 These pink roses are from the front garden and are very pretty and delicate. I also have a David Austin rose I dug up from our last garden on moving day, which has really thrived.  The petals drop very quickly so they don’t do well once picked but they have a beautiful scent and are nice for styling. 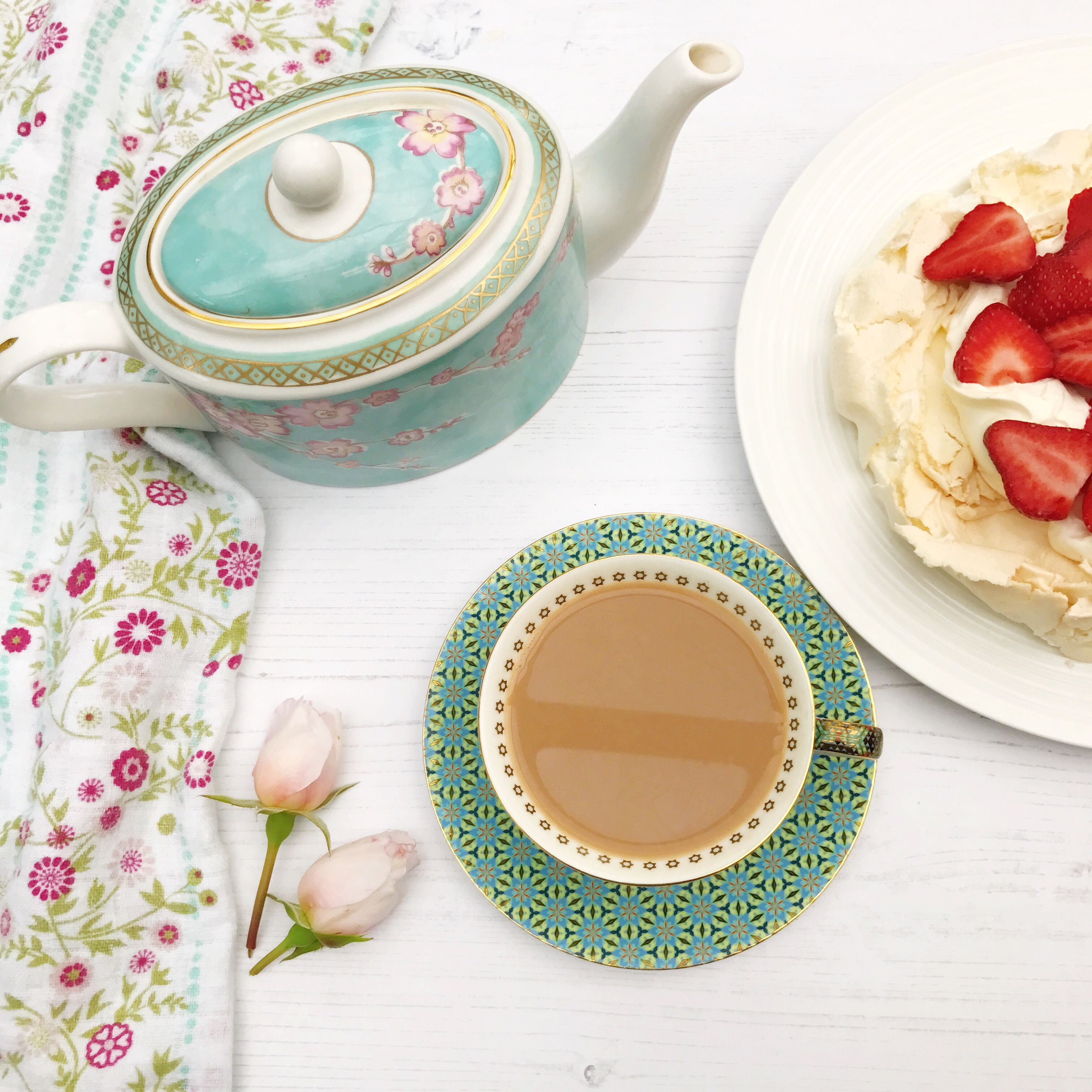 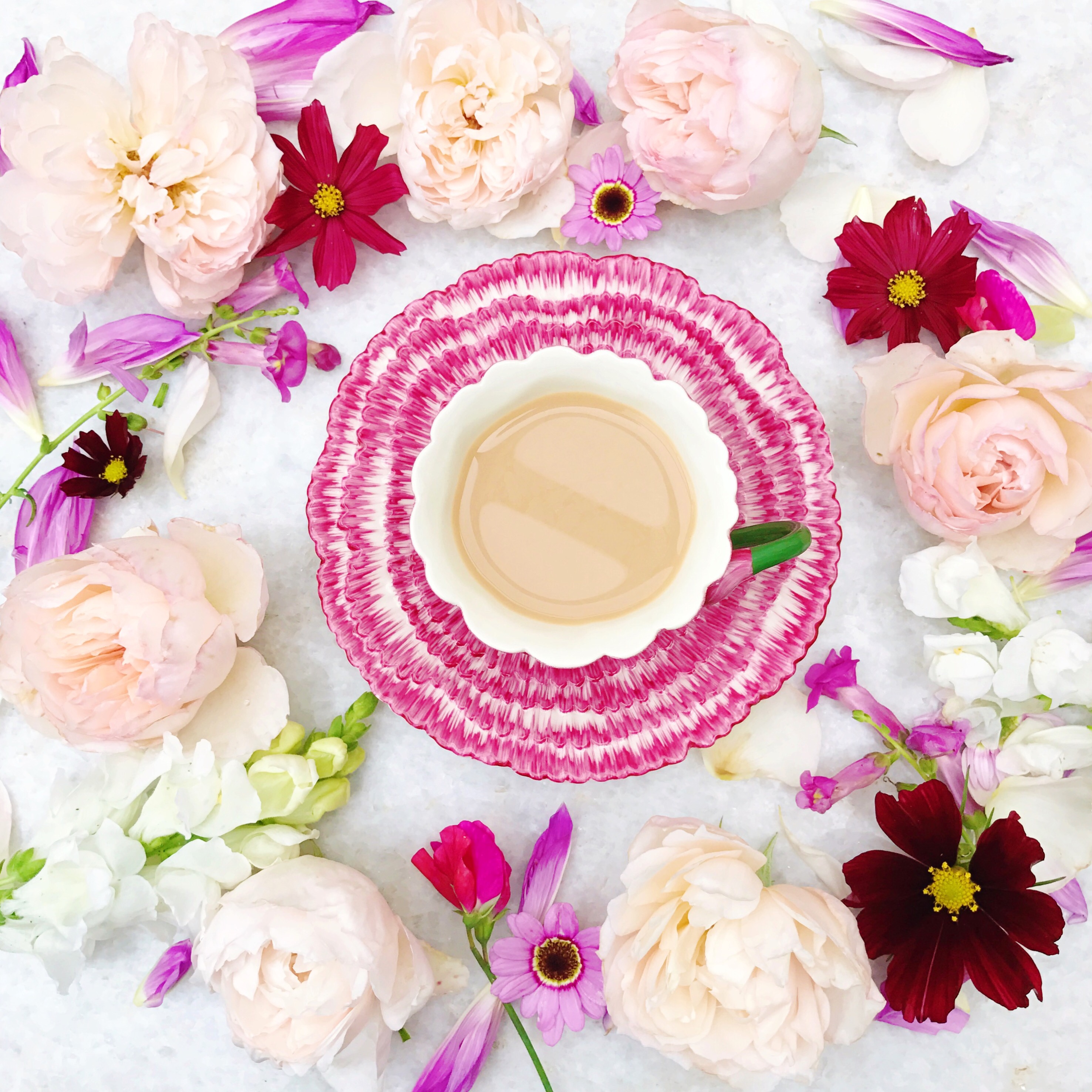 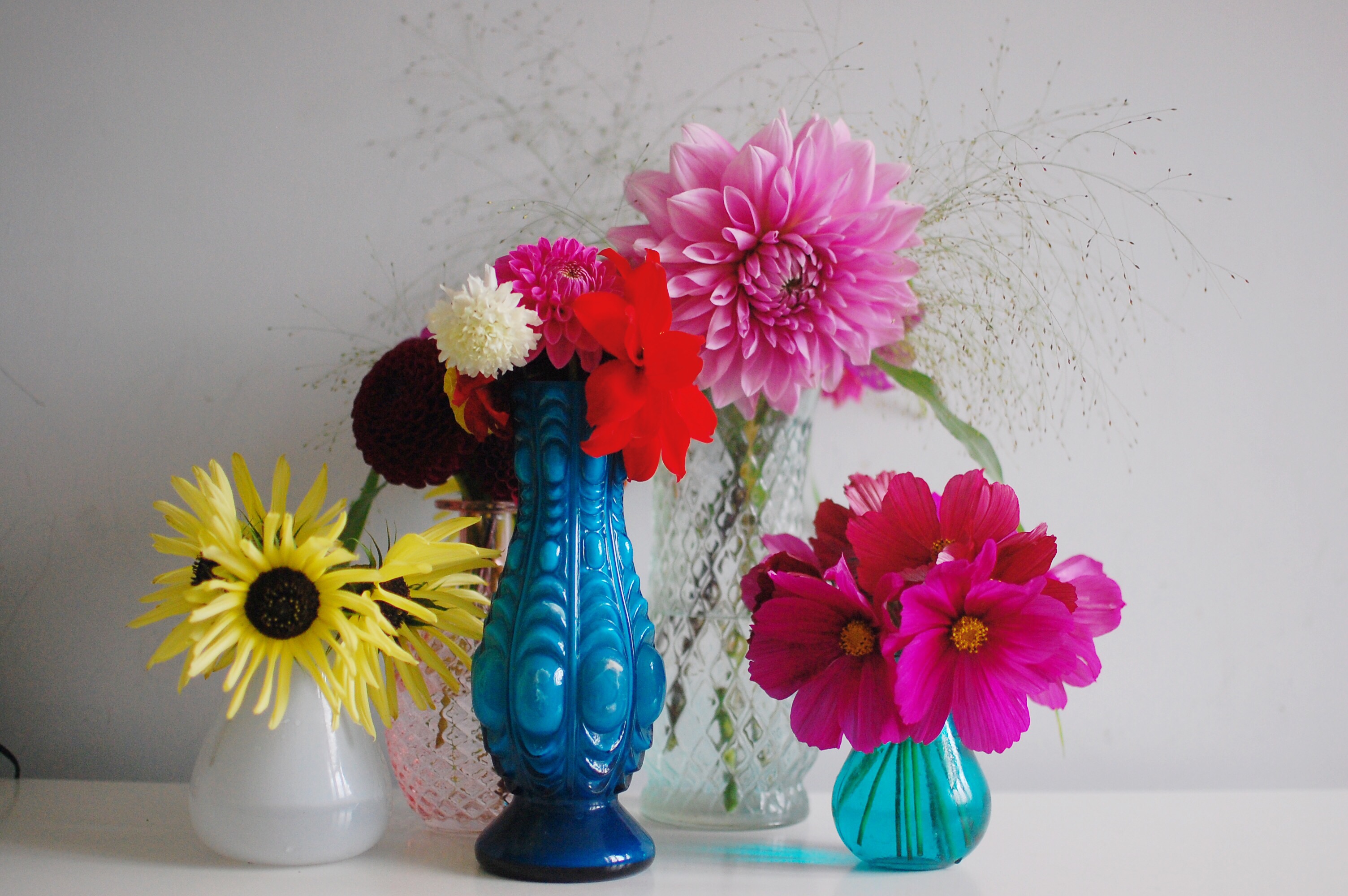 I love putting together little posies of different colours in assorted vases. They remind me of boiled sweets! 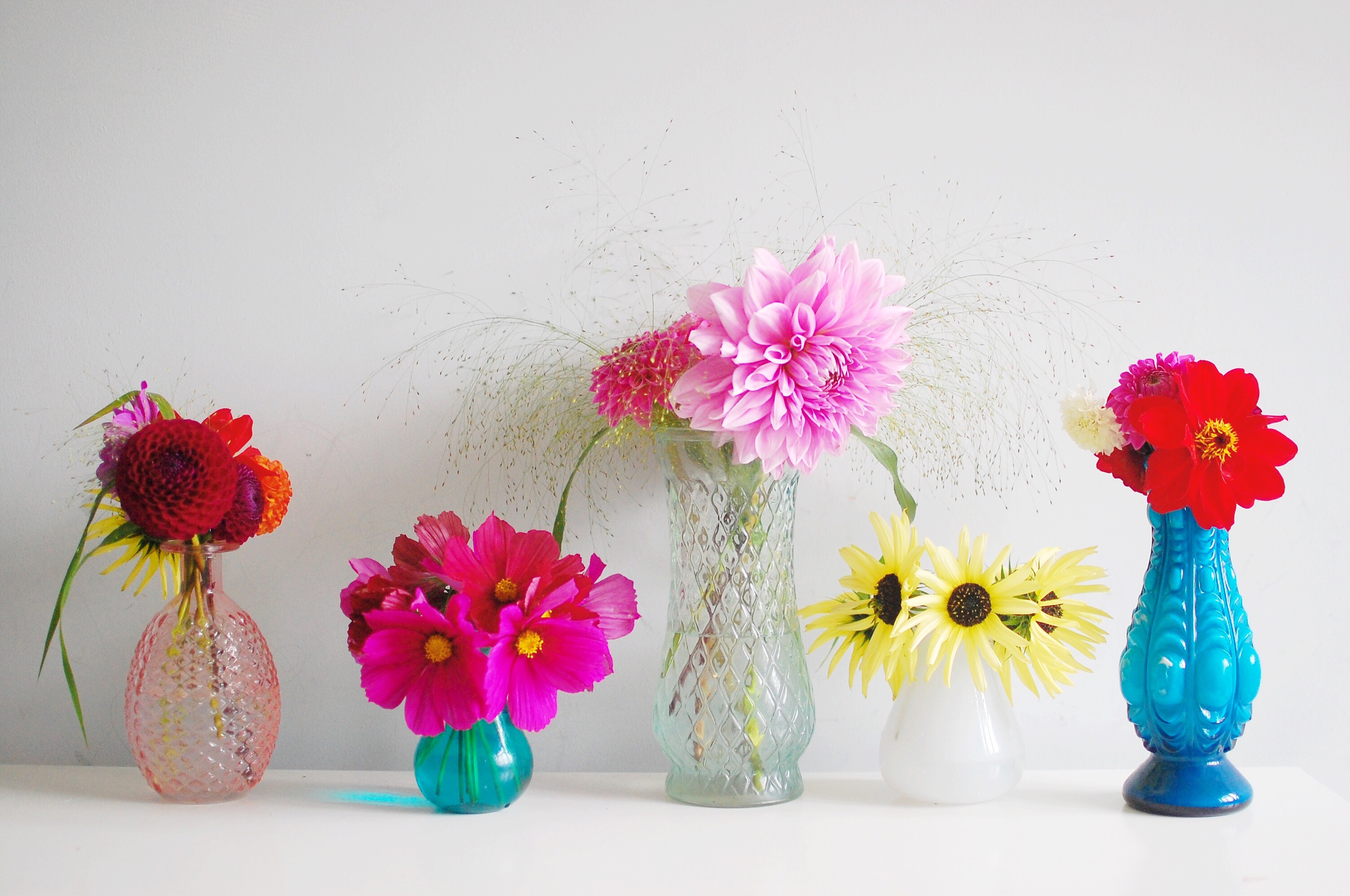 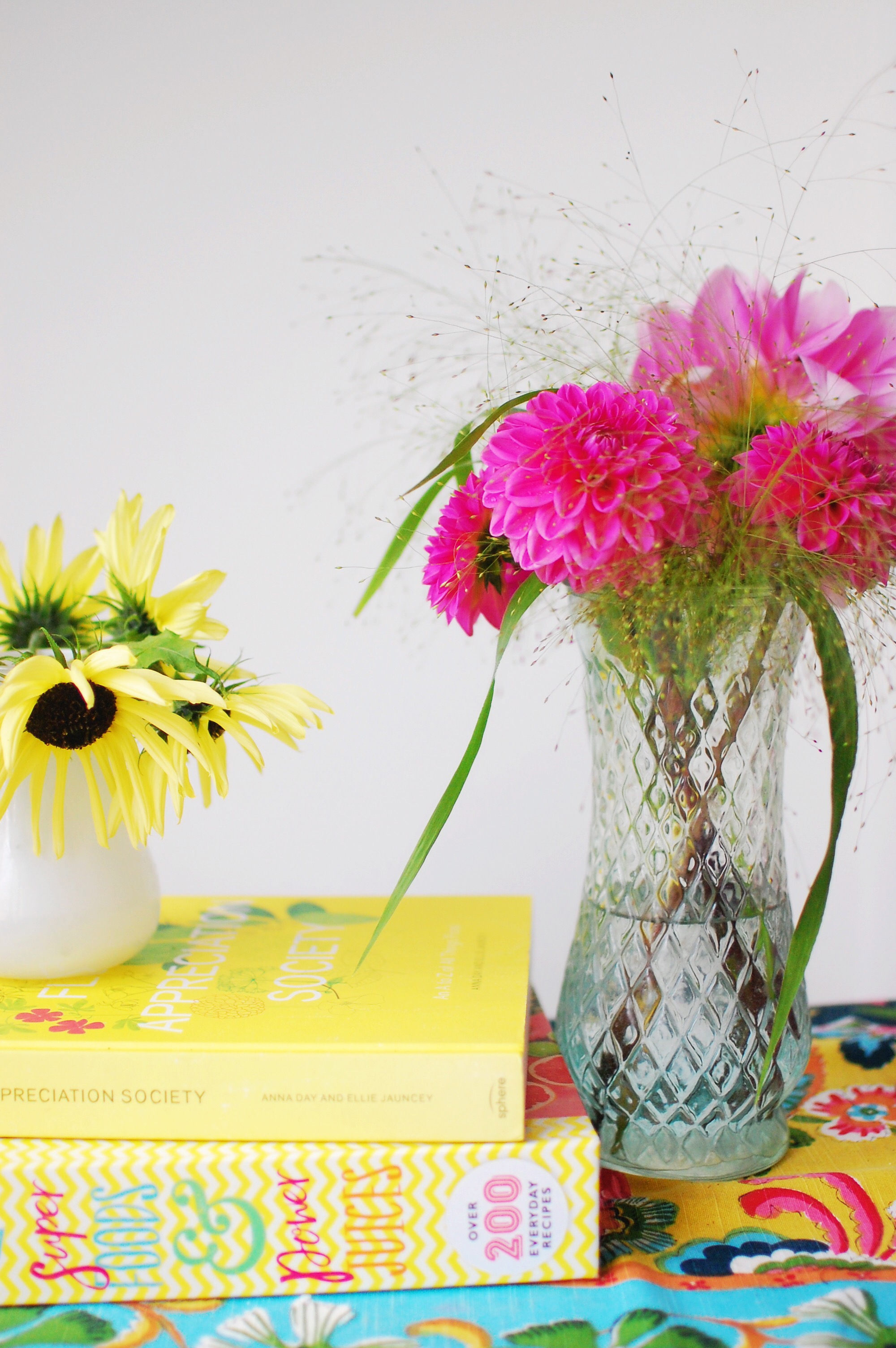 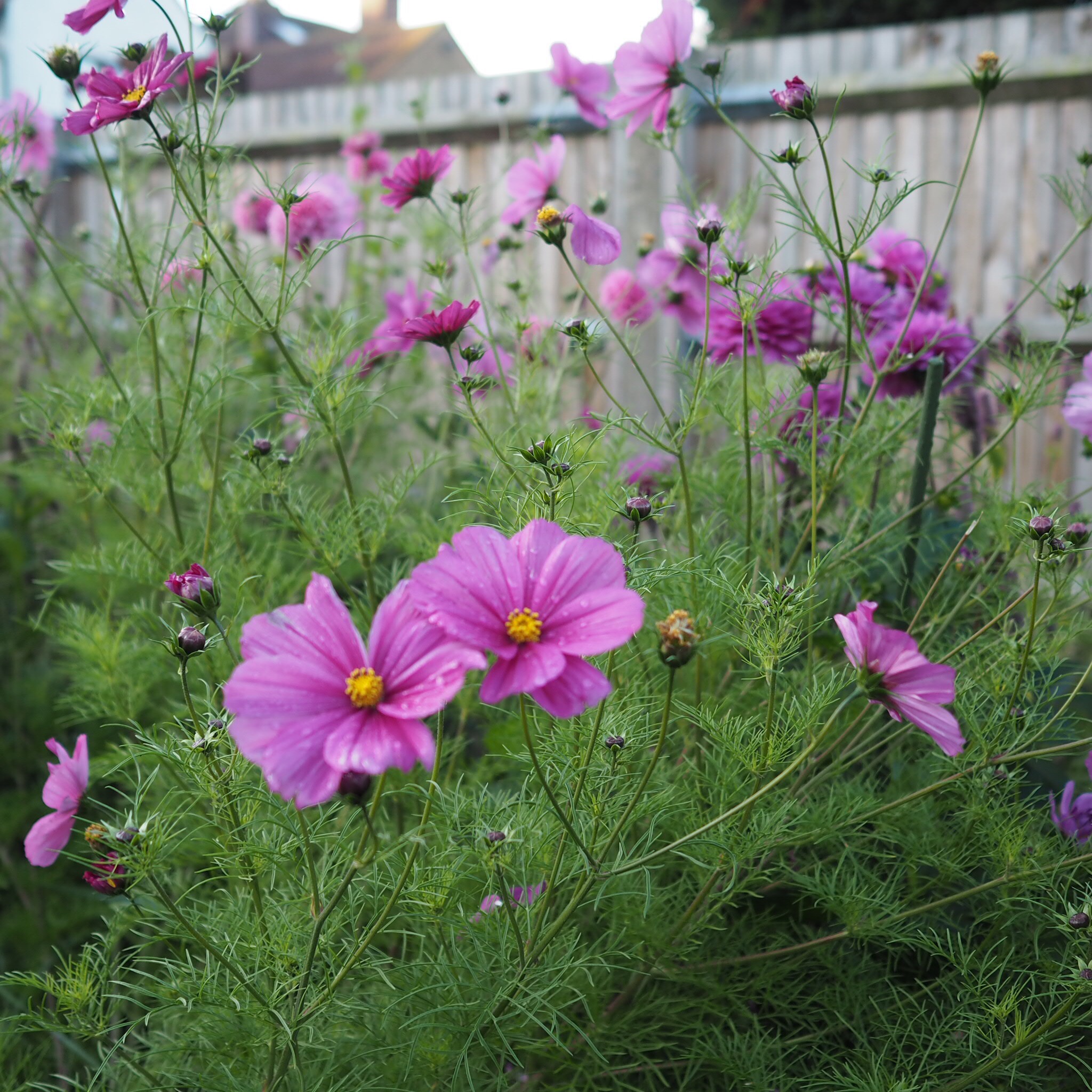 The cosmos are still going strong in the garden. The border itself is not as pretty as I’d like as the colours are quite distinct and separate, it looks a bit wild! 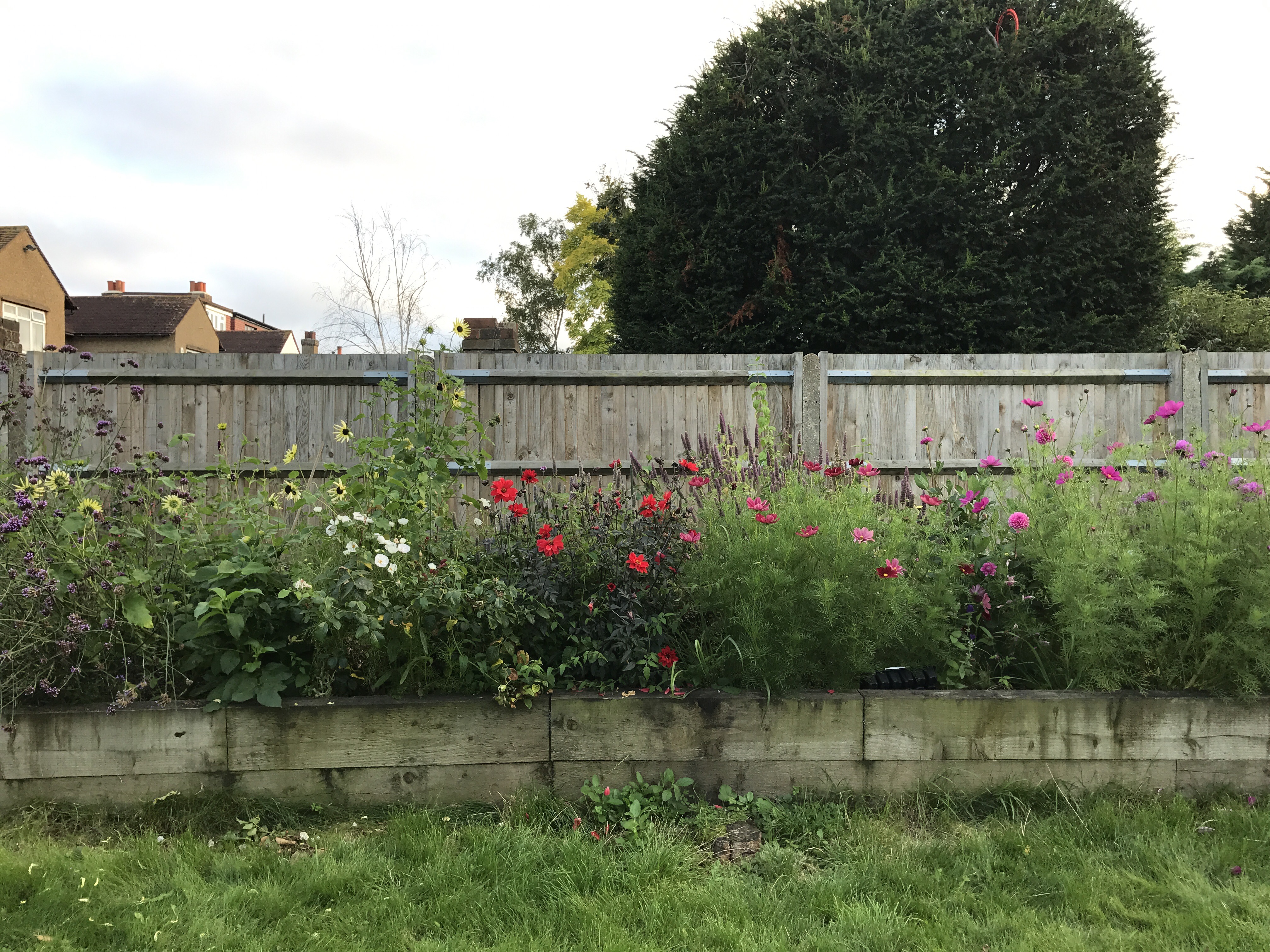 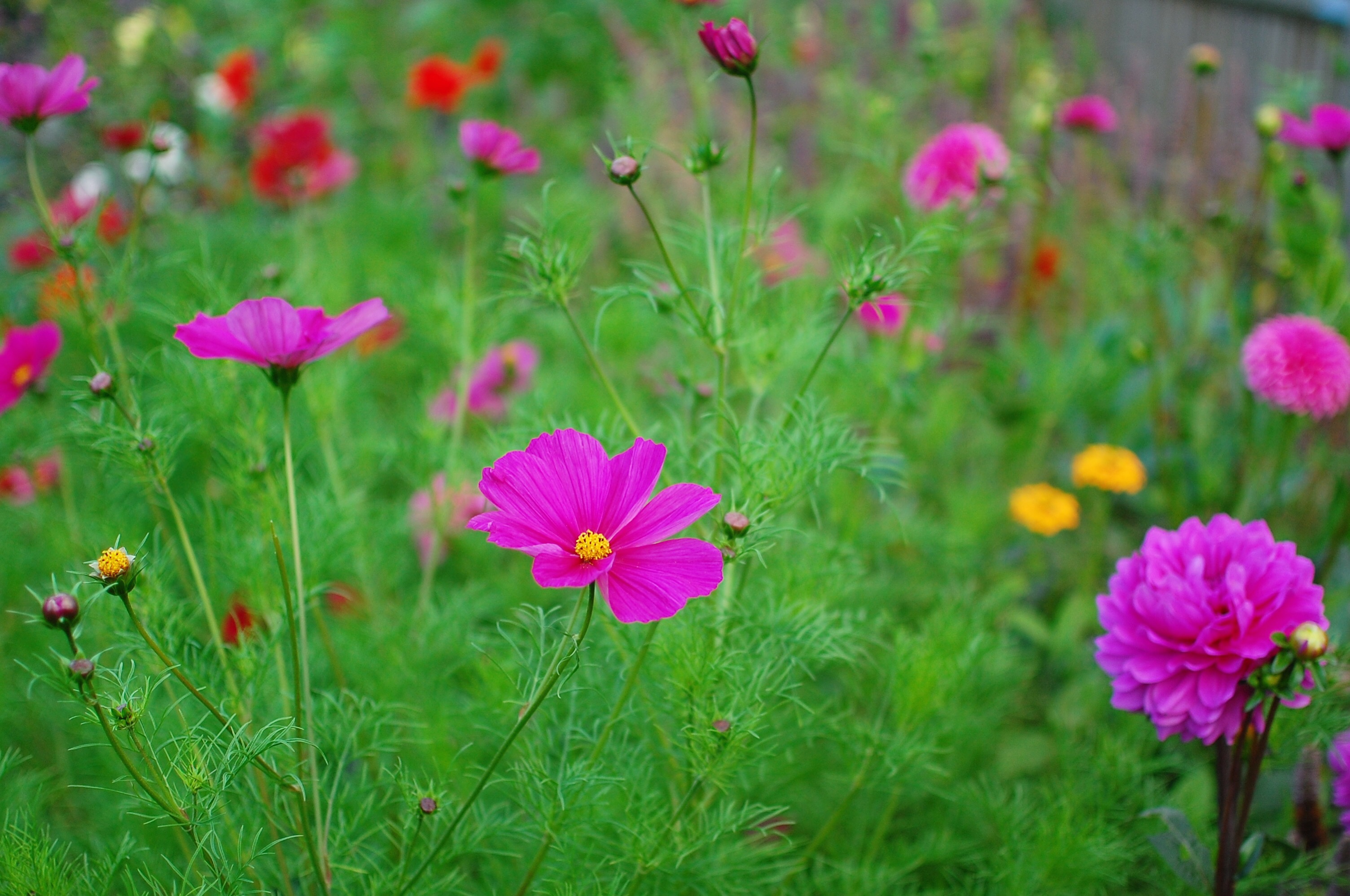 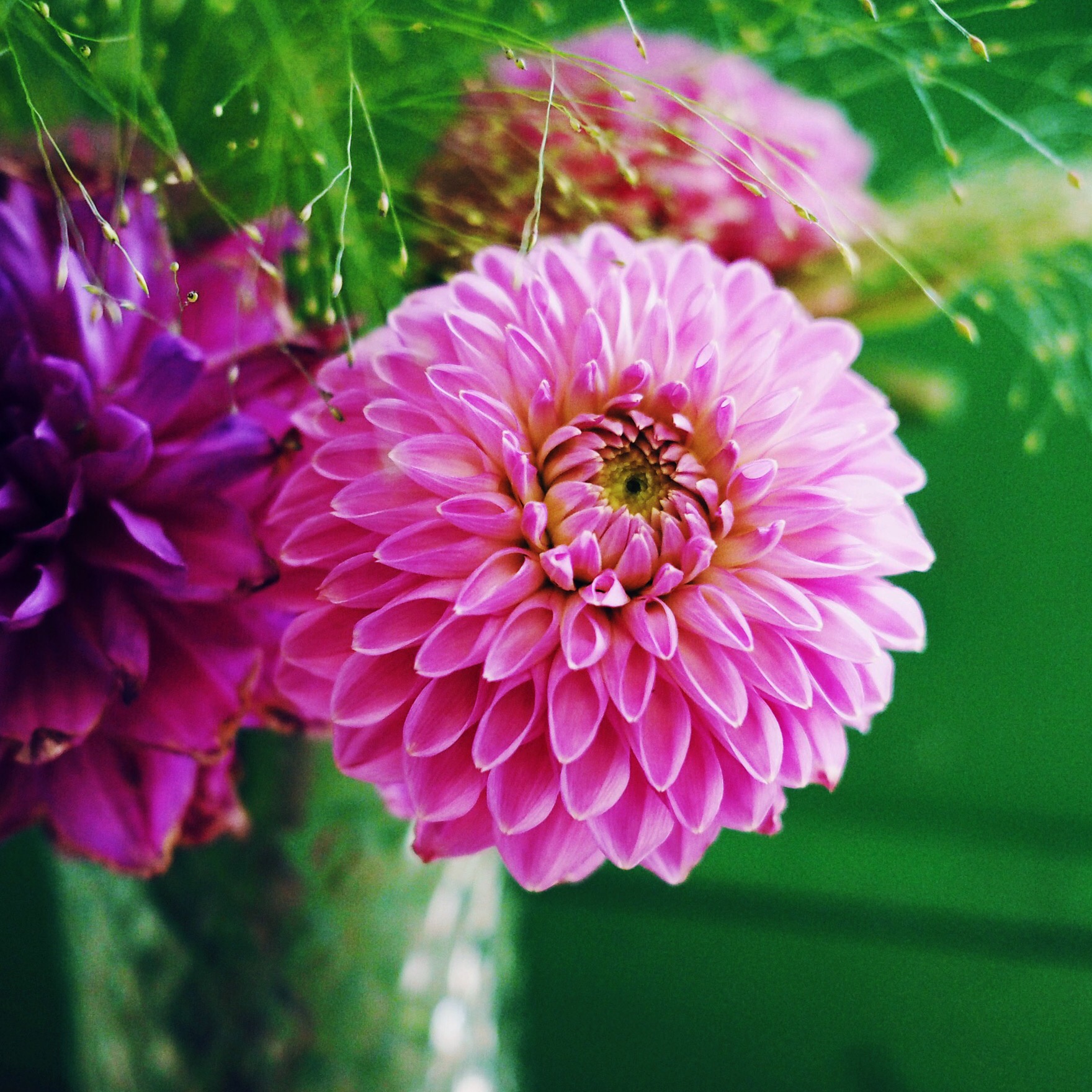 Next year I plan to grow fewer pink flowers (!) and more foliage plants. I’m also planning a tulip patch for spring time, just for cutting! Really looking forward to growing and styling my own tulips. I will also try some new varieties of dahlias too.