I must confess that blogging has been quite low on the priority list over the past few months, mostly due to my obsession with gardening, but also in part due to being very busy (and very tired) during Ramadan.

I only became interested in gardening last year, and decided to start off a few things from seed and see what happened. We managed to get quite a few tomatoes and 2 or 3 marrows (and a few measly potatoes). We have a tiny garden which was taken over on one side by a large and ugly ivy which was over a foot deep and 8 foot high. I had this removed earlier in the year, which meant the fences had to be replaced, but once this was done we had a lovely empty border and lots more light and space. 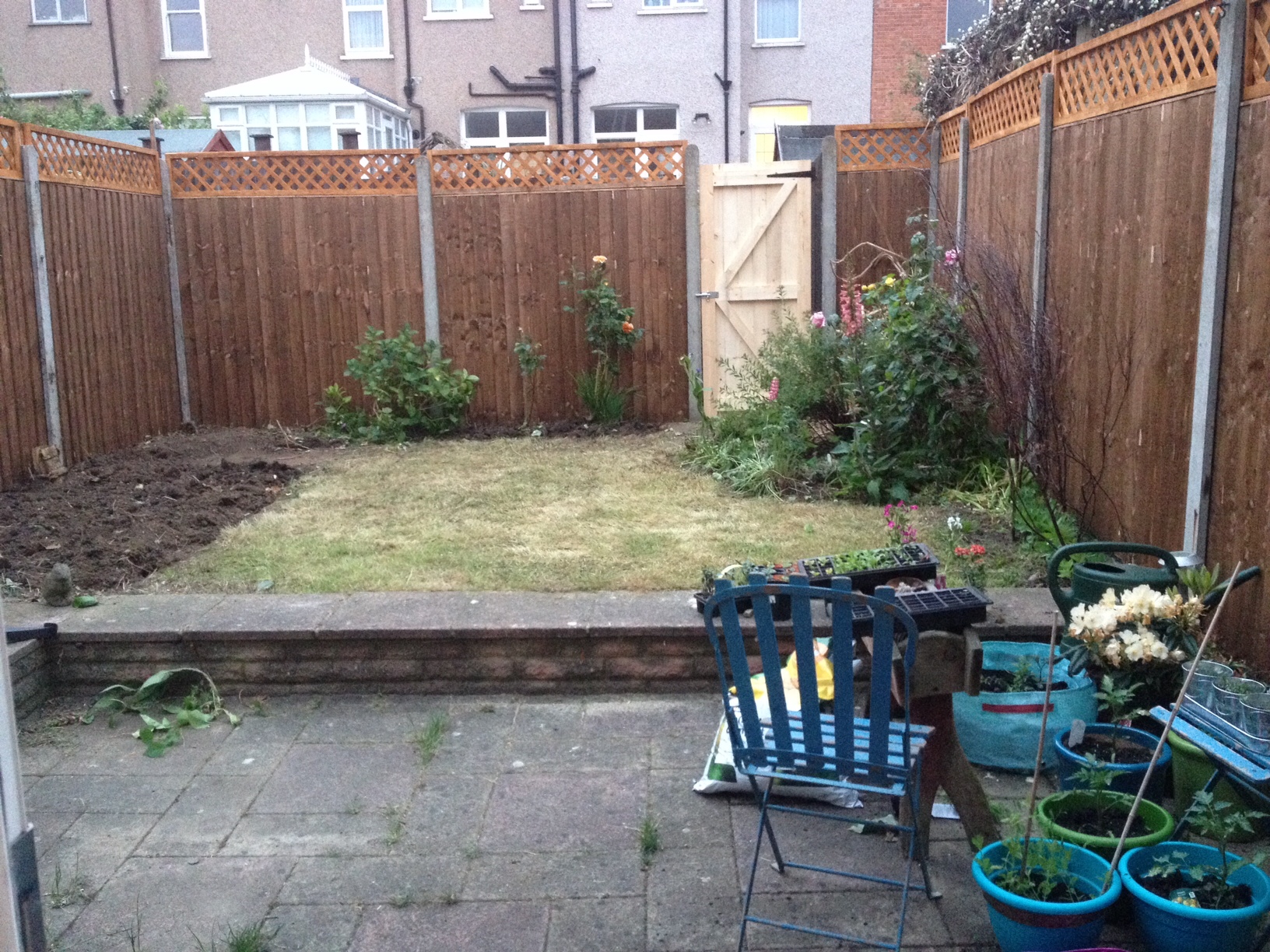 I bought some perennials from the Beth Chatto gardens to fill the space, but to my beginner eyes, it all looked rather sad and empty. 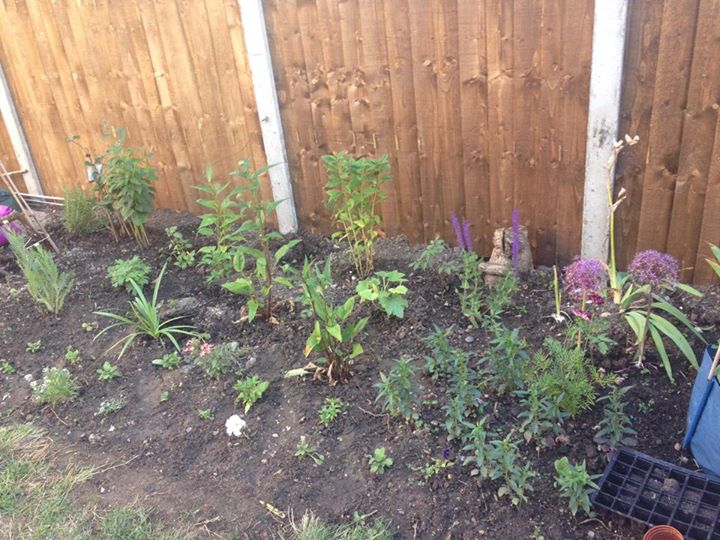 Despite being reassured that the plants would fill out the space with time, I couldn’t resist popping in new plants here and there to fill up the gaps. I was given a pot full of tomato seedlings and stuck them in randomly (10 in all on three sides of the garden), as well as a ball courgette plant, annuals including verbena bonariensis, cerinthe major, cosmos and antirrhinum, scented stocks, rainbow chard and dwarf french beans.

After three weeks, we ended up with this: 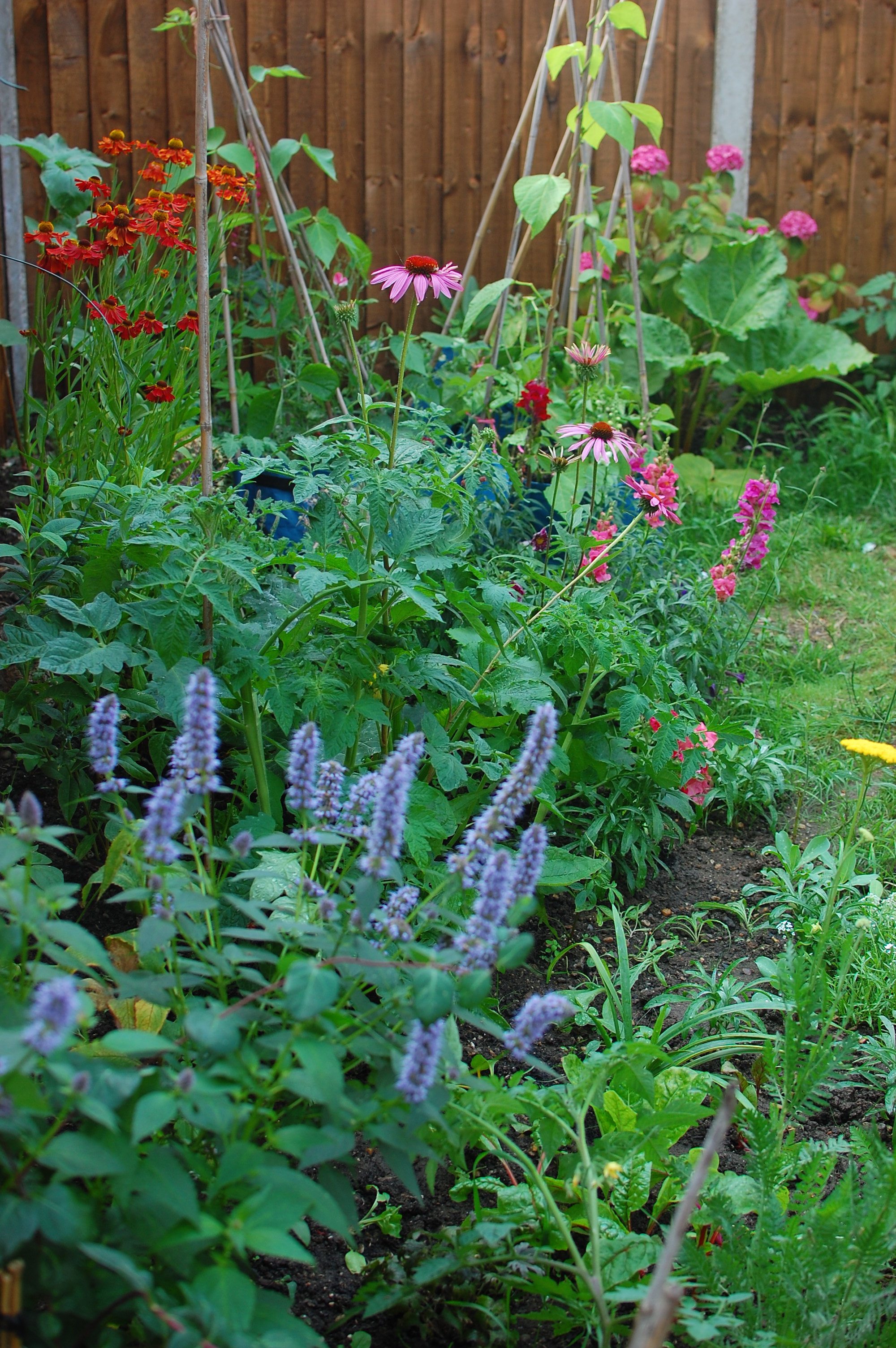 I love the picture above, even though the garden is starting to look quite ramshackle! It was how I had imagined the colours to look together. The Moerheim beauty and agastache both flourished and I was also pleased with the number of echinacea flowers we had (and they attract lots of bees). 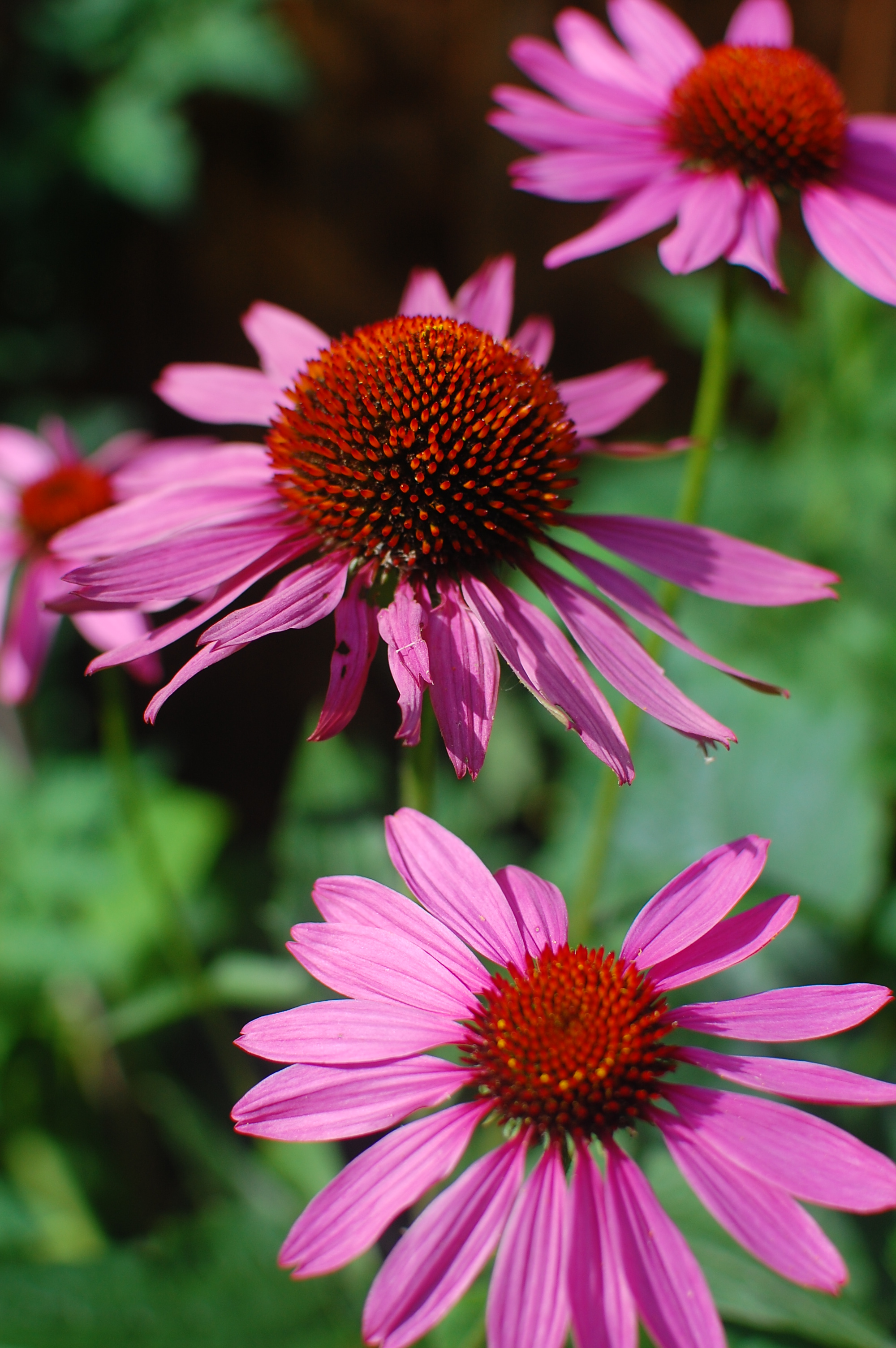 I noticed that Echinacea has a starring role in the new Pretty Potent collection. 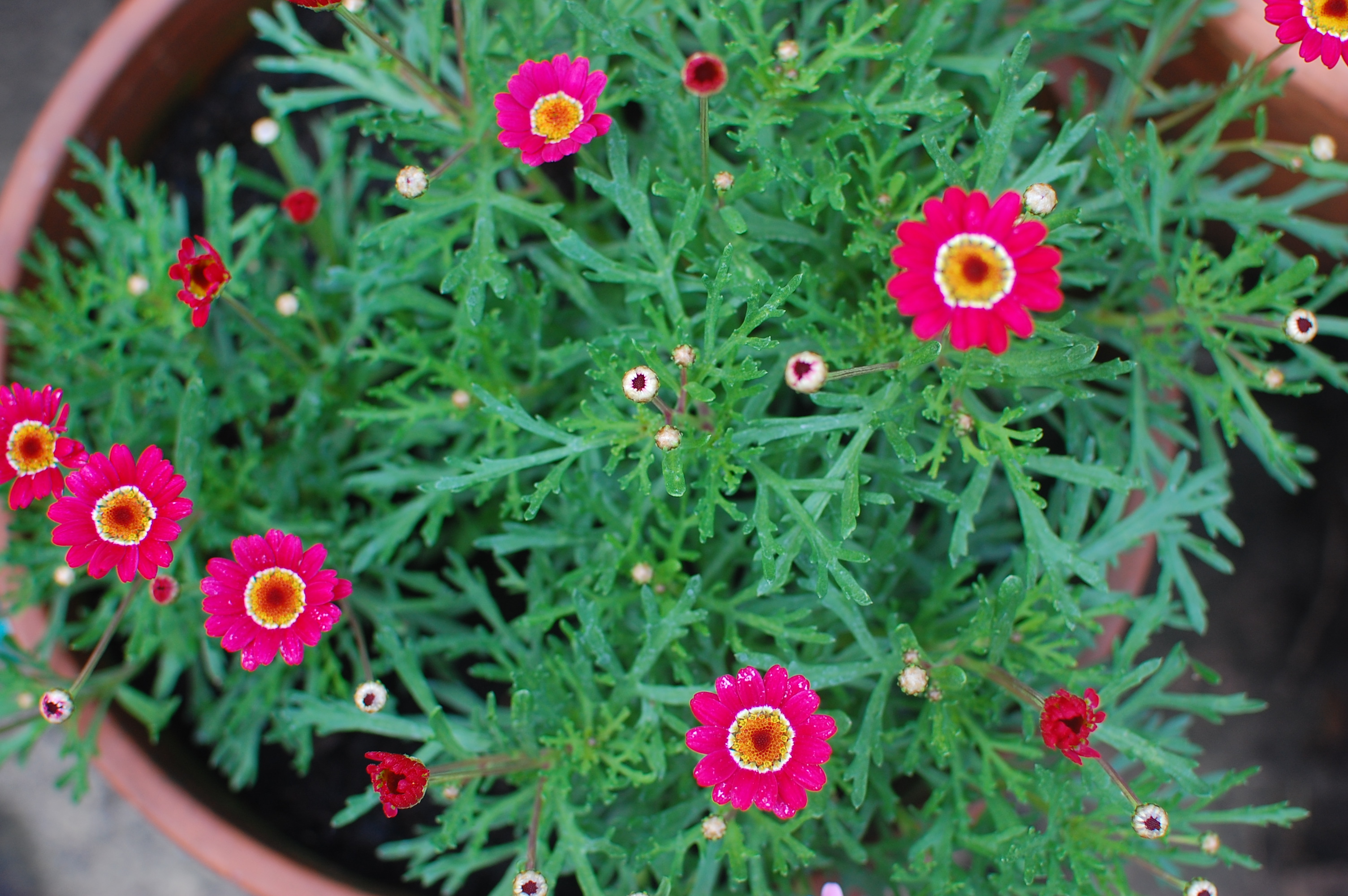 I also bought some argyranthemum in the Sarah Raven sale which have finally bloomed. I also bought Cleome and the pink pot collection – the nicotiana were not at all successful unfortunately and the snails devoured most of the cleome. 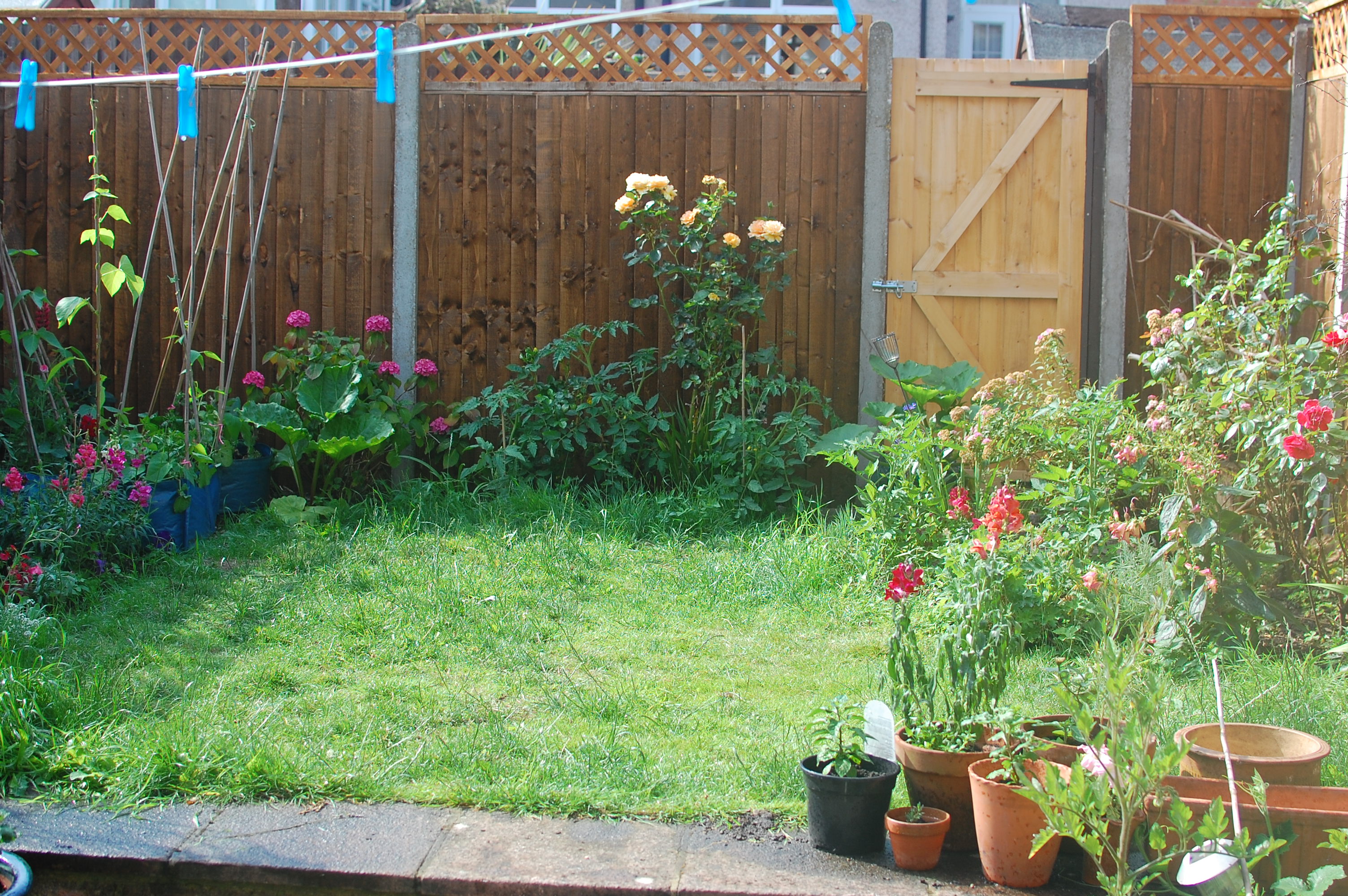 Overall, I think the garden has been a real pleasure over the past few months. My only regret is that we didn’t get the fence and gate painted as planned before everything grew as it is now impossible to paint without trampling over everything. I will also not be planting any vegetables in the flower border next year! I didn’t anticipate the tomatoes getting so big – one of the plants are taller than me! 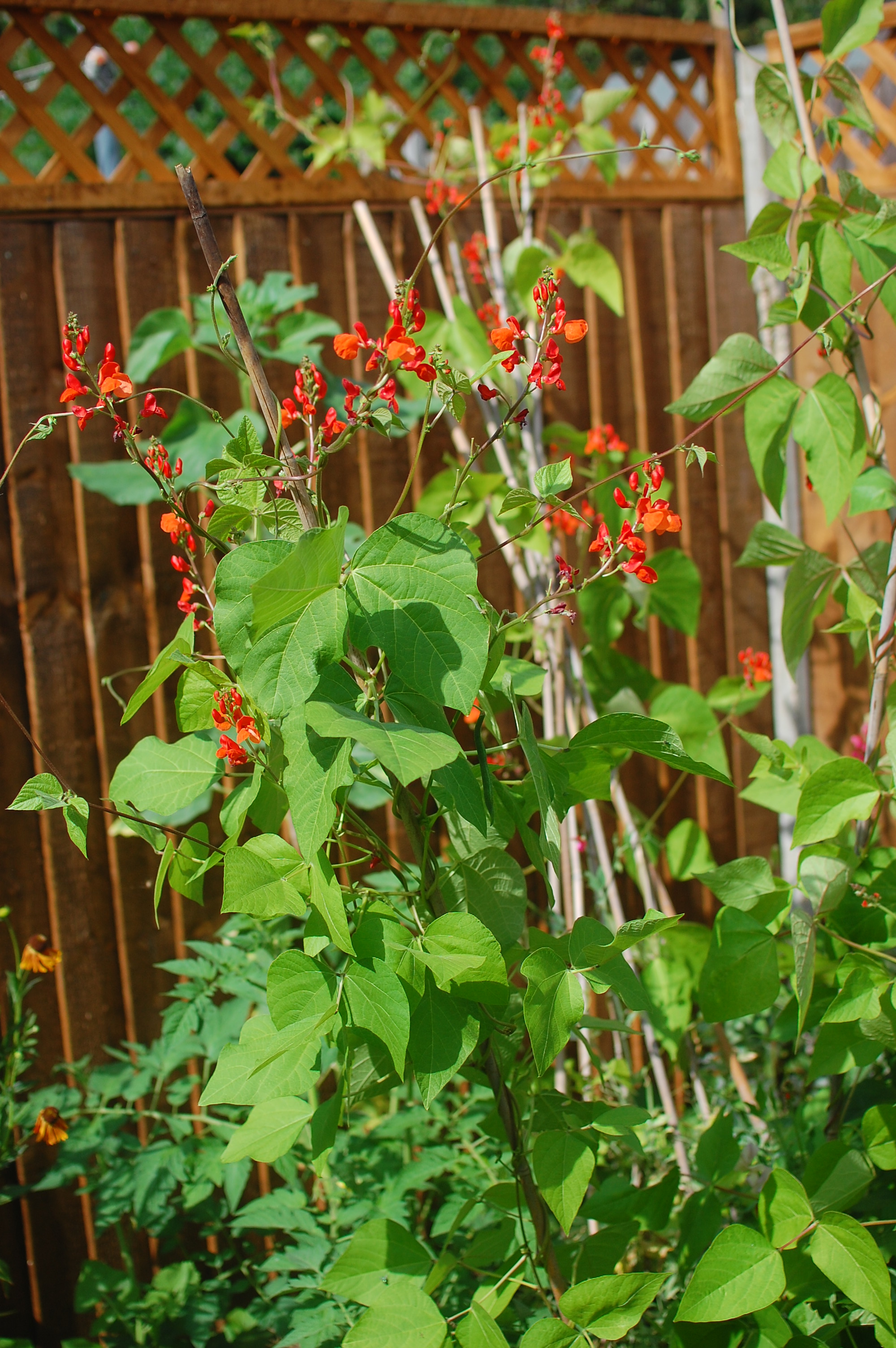 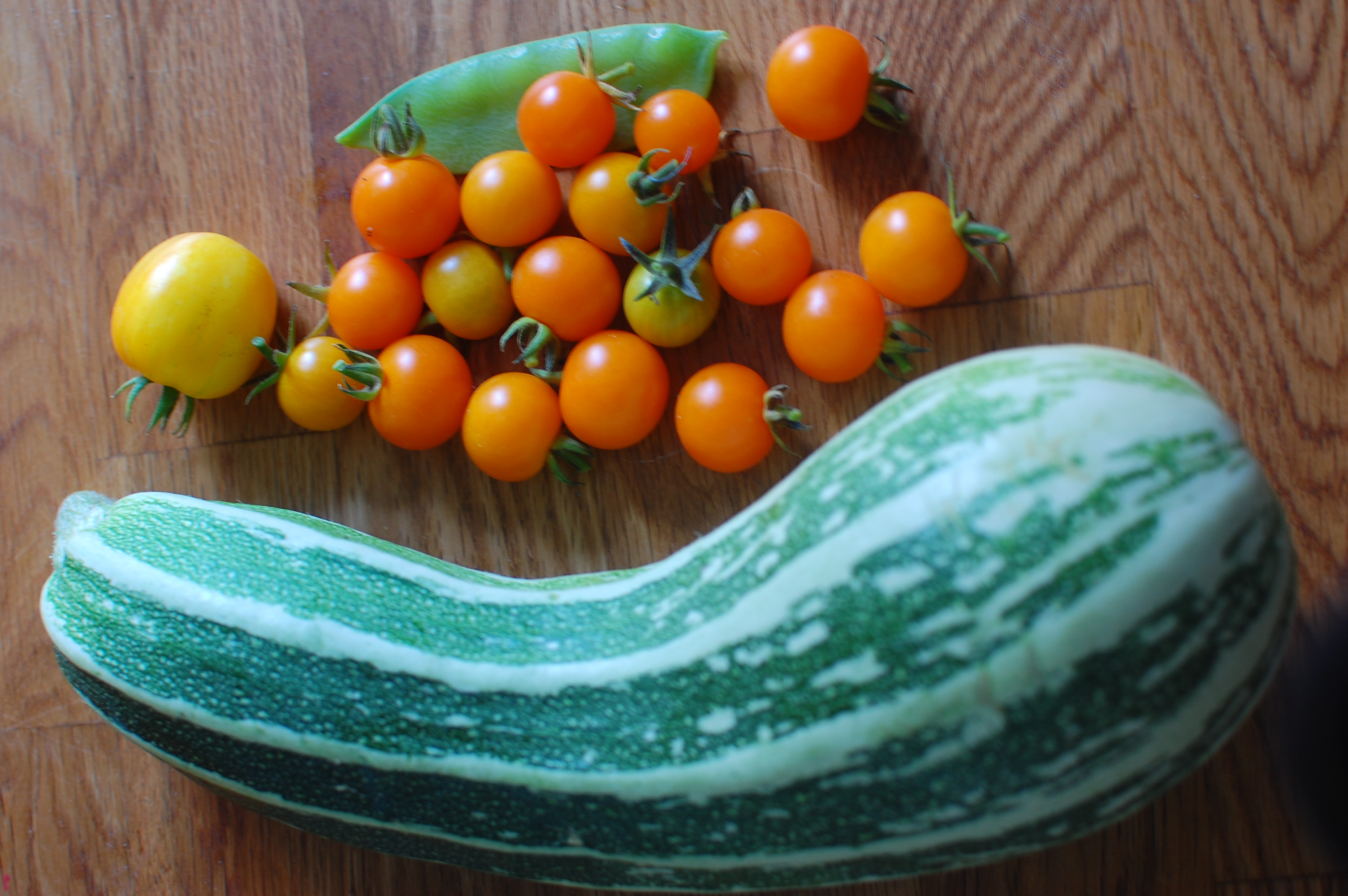 We have had some vegetables from the garden, including some very pretty patty pan squash. Unfortunately we were away for 4 days which resulted in a lot of new vegetables just giving up altogether so I think we will have to wait a while before we get a good crop. We may go all out and get an allotment next year as I have discovered there is one 0.3 miles away!