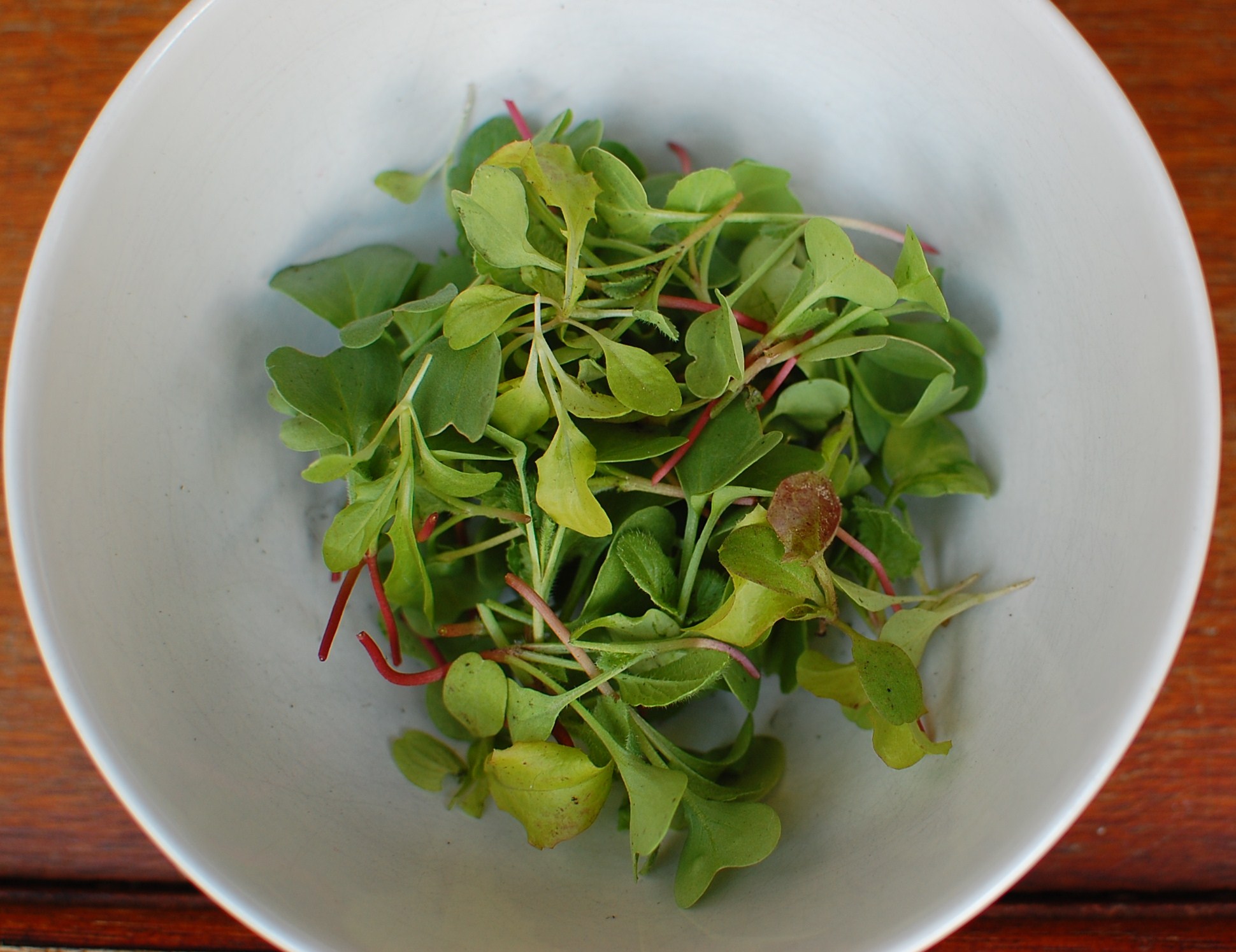 Radish thinnings from the garden to add to our dinner!

I’m currently doing a 5 day challenge as part of Live Below the Line (sponsor me here!) – I am only allowed to eat £1 worth of food per day. As I’m doing it together with my husband, we pooled our £10 and bought the following:

I wanted to prove that we could eat well even on this small amount of food, but we have found it difficult so far. I’ve learned a lot about our shopping and eating habits. I thought we’d be able to afford some fresh fruit and vegetables with our budget, as well as packets of dried beans/lentils etc. I’ve realised how expensive fresh food is relative to tinned/dried foods, with fruit in particular being a bit of a luxury on such a tight budget.The rules stated that you could buy whole packets of things only, however this was impossible as oil and porridge could not be bought in smaller quantities. On a practical point, it would be more realistic to buy large quantities of cheap staples to be eaten over a long period of time rather than only 5 days’ worth.

I also realised that I barely notice the budget ranges in the supermarket usually, and had no idea it was possible to buy decent(ish) tea for only 27p for 80 teabags! Basics pasta and rice from Sainsburys are also perfectly edible, although the rice is much more gloopy than the basmati rice we usually eat. We also tend to buy too much each week and could easily cut back, saving some money and wasting less food in the process. I nearly burnt a pot of dhal and it would have been a disaster, whereas usually I’ll just make some more without worrying about it.

So far, we’ve had Turkish lentil soup with the bread, potato curry (with a few baby radish leaves from the garden) dhal and rice, egg omelette and my favourite dish, which is pasta with yoghurt and chilli oil. Our main meals have been tasty, but we have had to ration ourselves as we only had six eggs in total and a limited amount of lentils. I’m partial to a biscuit with my tea which was not allowed and I haven’t eaten anything sweet (except for porridge) since the start of the challenge, which is hard when you have a freezer stocked with ice cream in this weather! I was contemplating making a creme caramel with an egg and the last of our milk but I’m not sure if this will be the wisest use of our resources.

Although we’re not too hungry (except at breakfast time – I can’t stomach the porridge so have been skipping it) it does take the joy out of shopping for food and eating when you can only eat the basics. I have noticed feeling much more tired than usual which is probably due to cutting all the snacks out. It’s still been very worthwhile though, I have definitely thought a lot about how we spend money in the past few days.