I bought a 2d Zoo fat quarter bundle from Fabricworm 2 or 3 years ago intending to make it into a quilt for my son. I’ve finally managed to get it done! I used this tutorial from Cluck Cluck Sew and followed it exactly as suggested. 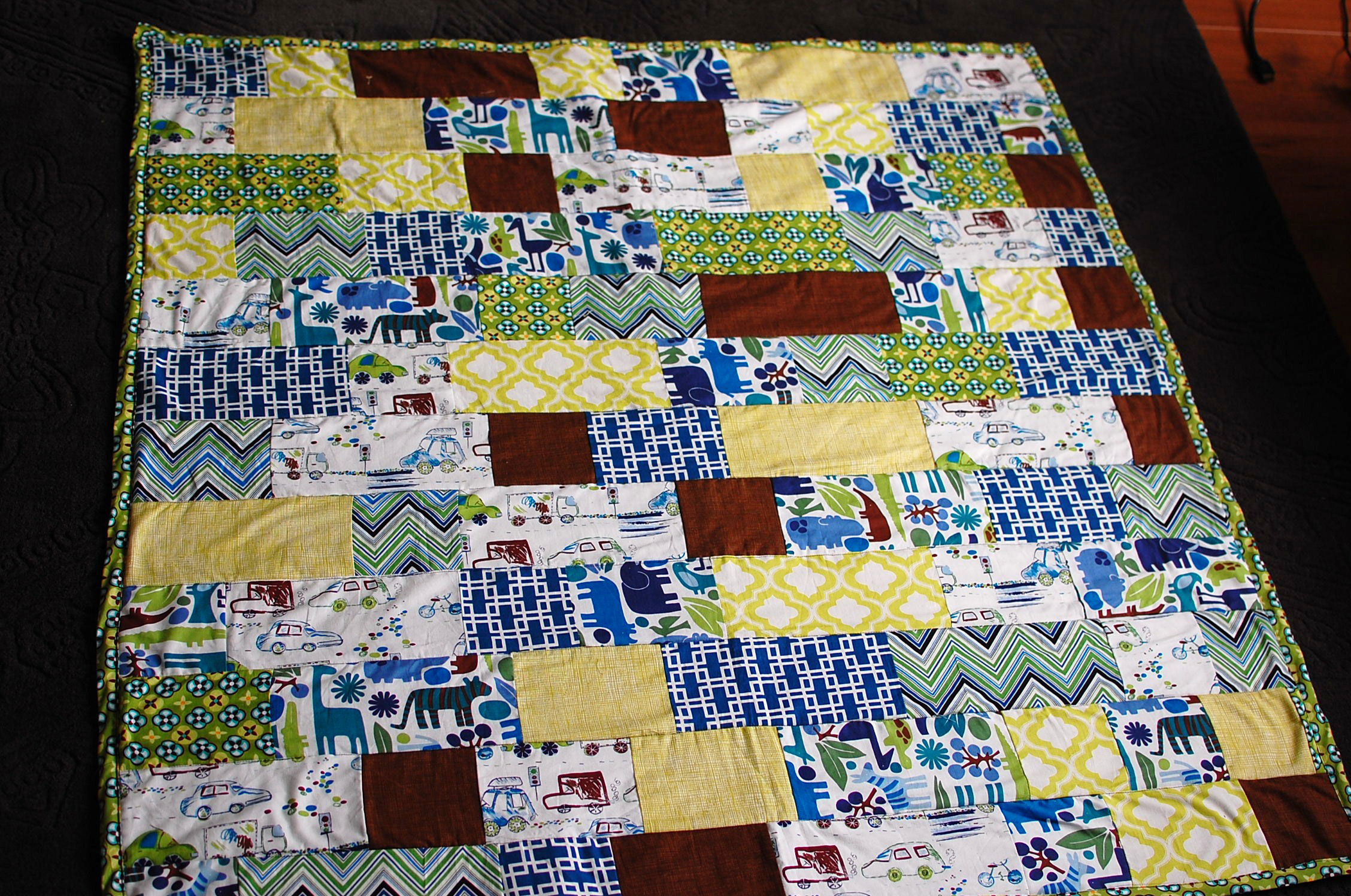 I added some pieced squares at the back to cheer it up and break up the solid brown. 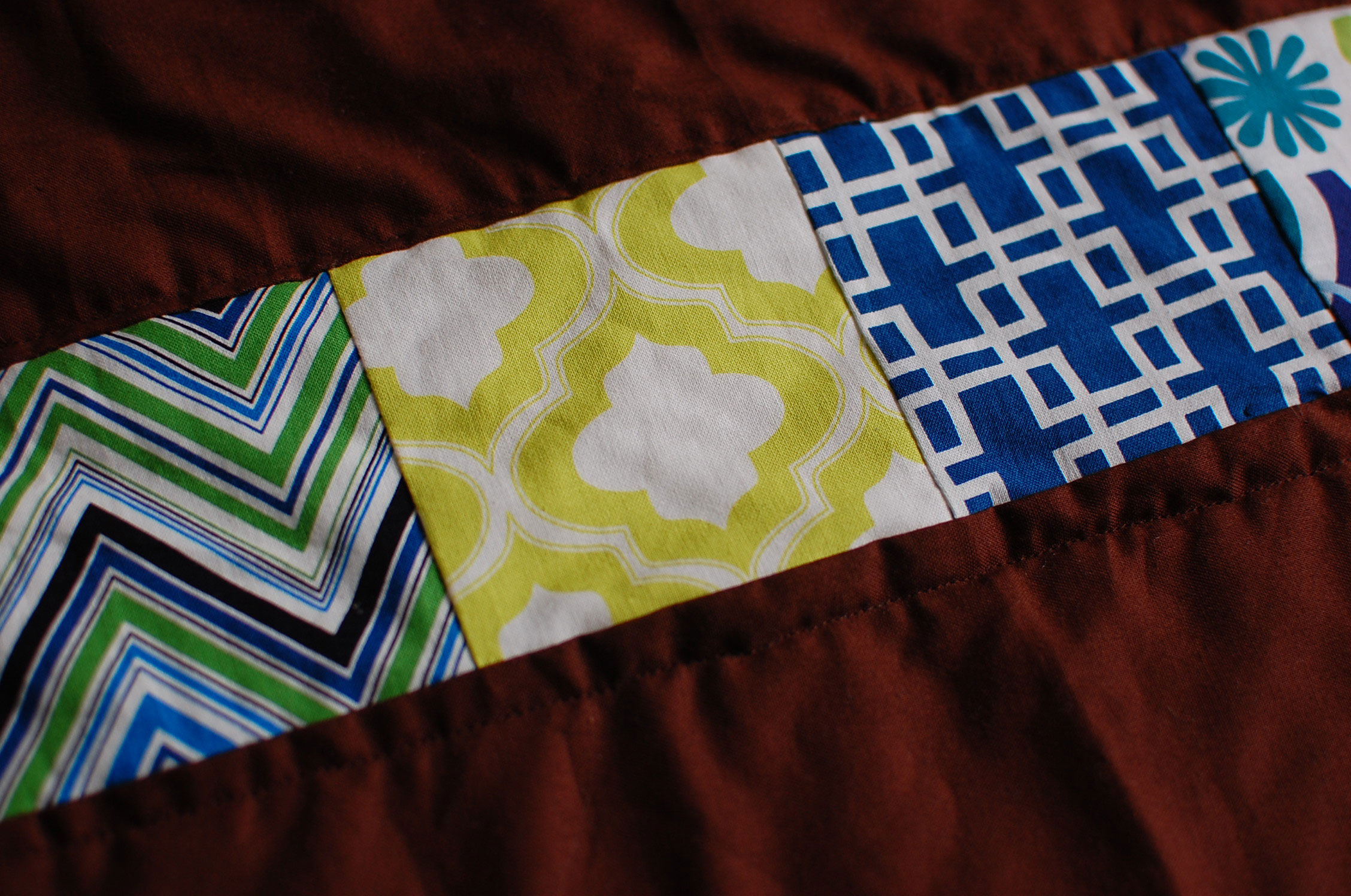 I quilted it in the ditch and finished with some of the Ginger Blossom Tortoise Plaid binding. I decided to machine stitch the binding to make it a bit more sturdy. I thought I would hate the look of machine binding but it looks fairly neat and as I used a brown thread it barely shows at the back. It’s a bit darker in real life.  (Apologies for the wrinkliness in this shot!) 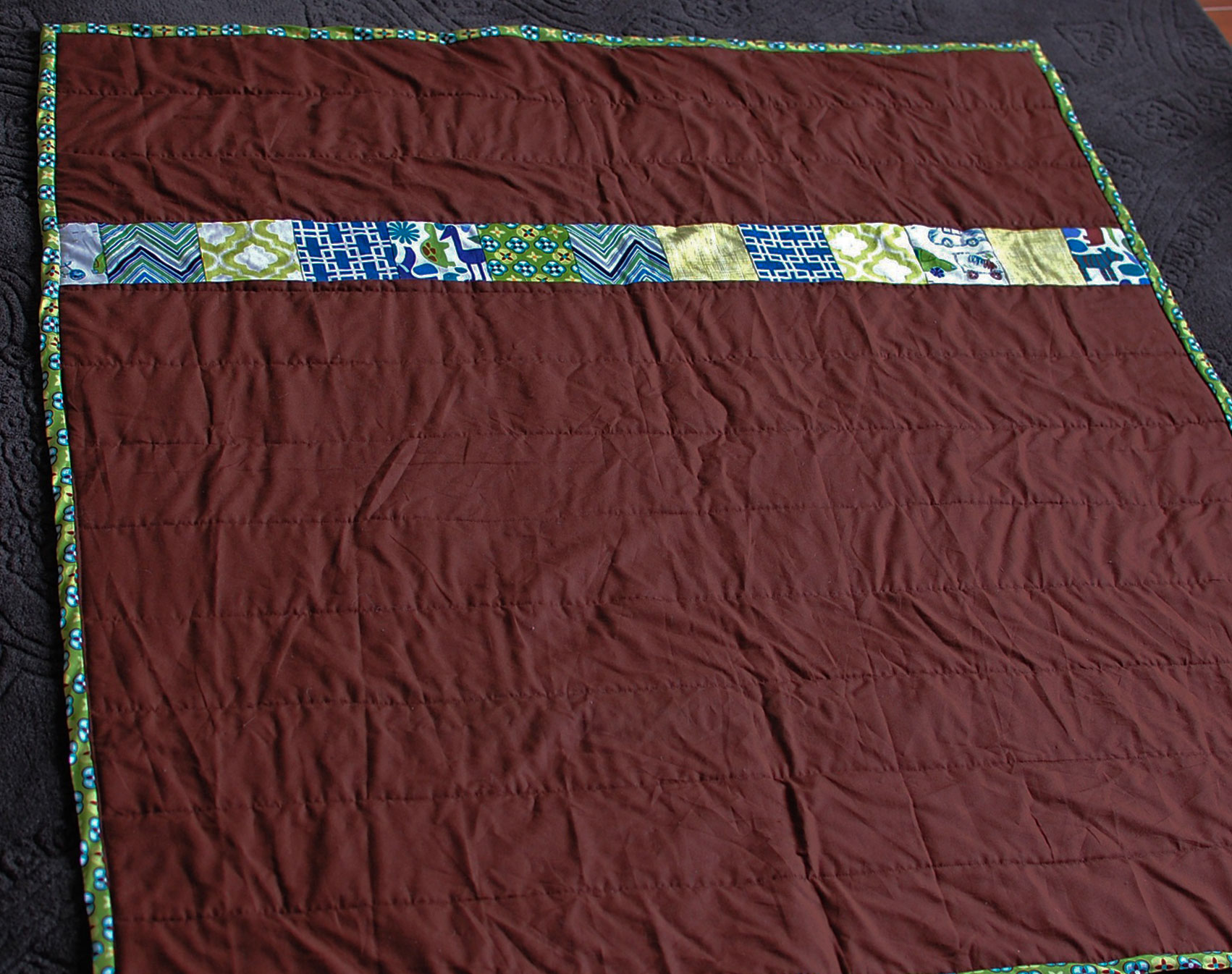 The colour combination is quite grown up, which is just as well as Suhayb turns FOUR in just a few months! He is sublimely indifferent to his new blanket, being far more interested in Lightning McQueen. 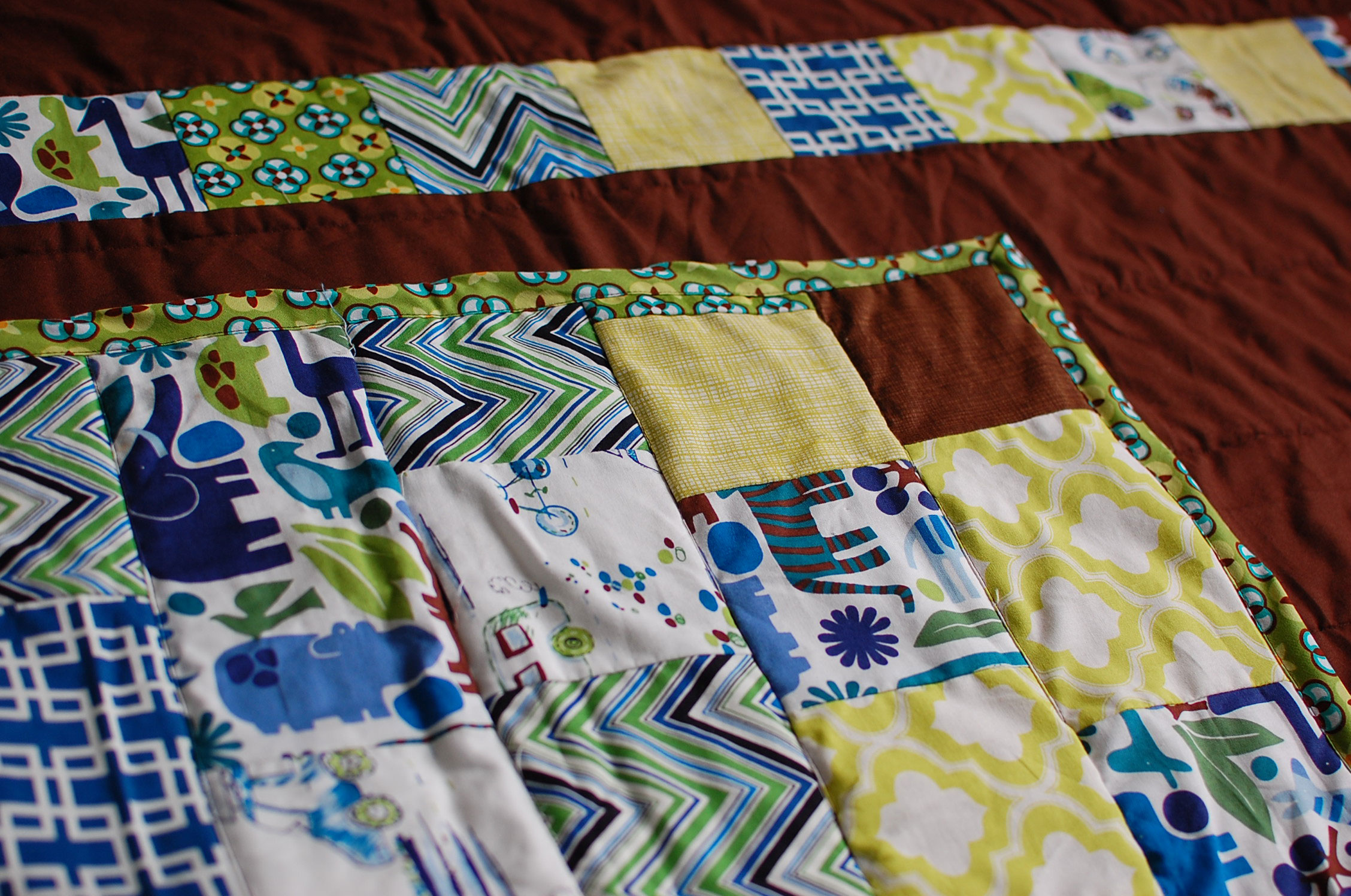 The 2d Zoo is also available in a colourful version called Primary.  I think it would make a great focus for a log cabin baby blanket. 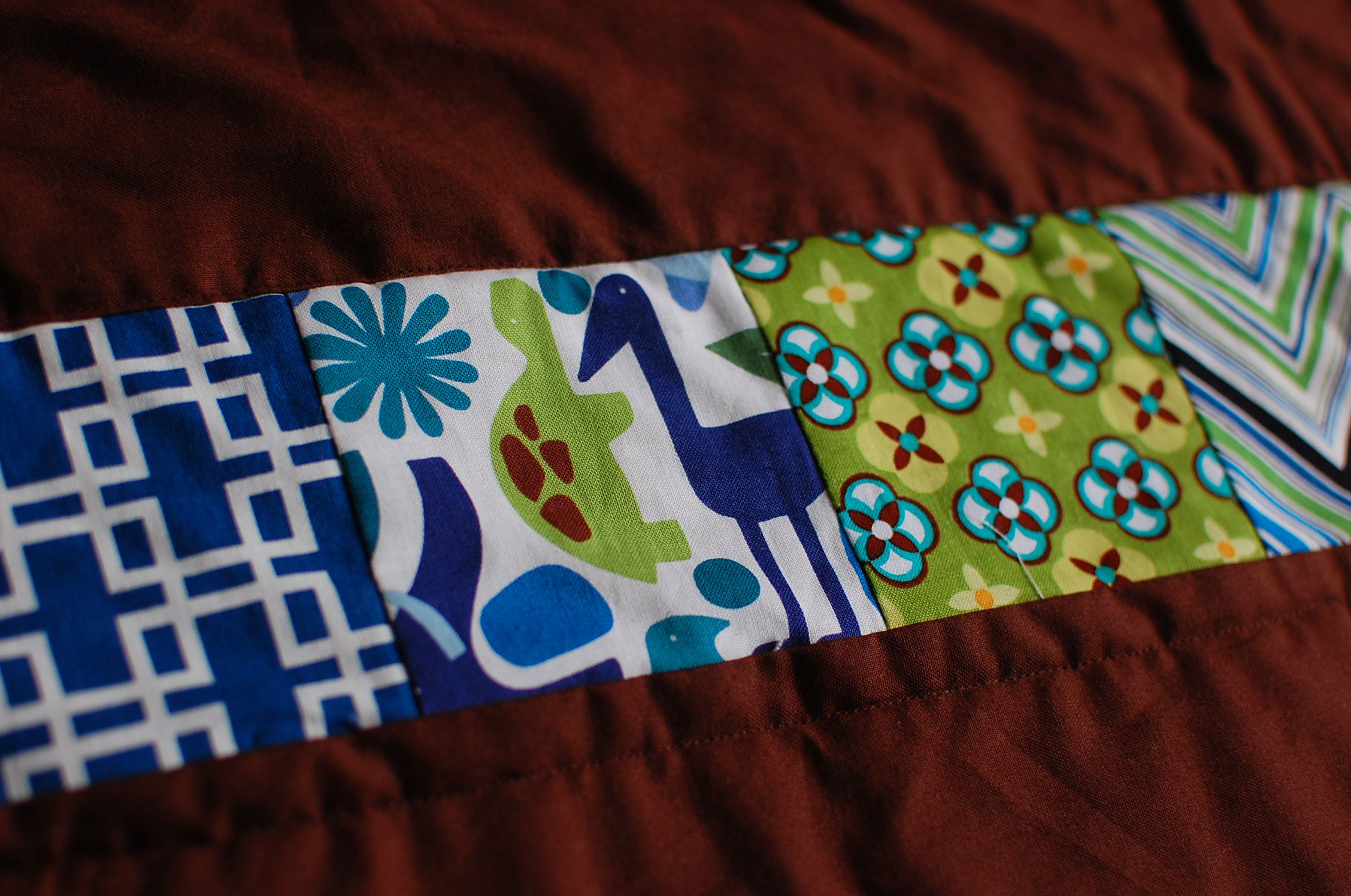 I love finishing a quilt because it means I can move on to the next project! I currently have two other WIPs – a Wonderland quilt started rather a long time ago (10 blocks done), and a Lemon Squares quilt which I’ve just started (4 blocks done).  I also need to get on with my LMQG block – so much to do!